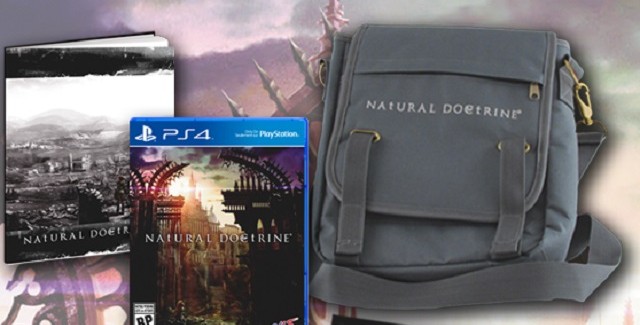 Priced at $80, $70 and $60, the Natural Doctrine Collector’s Edition has been announced by NIS America. The CE will be available on all three platforms (PS4, PS3 & PS Vita).

Natural Doctrine is an upcoming Strategy JRPG by developer Kadokawa Games, directed by the same guy who’s the creator of Patapon (a game that Ferry loved! Click the link to read his review) for Sony’s PSP.

Here’s the Natural Doctrine Collector’s Edition image gallery.
Click on any of these image thumbnails to see the full-size photo: 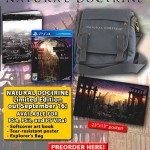 Natural Doctrine will be available on PlayStation 3, PlayStation Vita and PlayStation 4 in both digital and physical forms. However the Collector’s Edition can only be bought via the NIS America online store or at the newly-opened NIS America European online store. It’s worth noting that NIS America will no longer export to Europe since Europeans have their own European store now (though they’ve been criticized for their very high prices. Hopefully that will change).

Give the Natural Doctrine trailer a look.

Synopsis
Seasoned explorers and novices alike venture underground into dangerous caves to collect the coveted material known as Pluton. During your first trip down into the depths of one of these mines, you and your new explorer friends quickly realize that things may be more dire than you had imagined as you encounter a brand-new type of evil lurking below the surface. You and your newfound friends must strategically defeat these new difficult foes and warn the kingdom of their presence before it’s too late.

Strategy role-playing gamers be ready, as this game will truly test your ability to conquer the evils that lurk in the sprawling networks of mines and ruins in the areas surrounding the fortress city of Feste.

Across the Platforms
Cross play and cross save is enabled on all 3 systems with possession of separate copies of the game.

Dual-Voices
Enjoy Japanese and English voices along with English text!

To me Natural Doctrine doesn’t look like anything special, but I’m very happy to see that NIS America continues to pump-out and localize all of these legions of Japanese RPGs and odd games that we would never see in the USA if it weren’t for them. So kudos to NIS!

Do you think you’ll pick up Natural Doctrine?