Steam JRPGs Legend of Heroes: Trails In the Sky Out Now 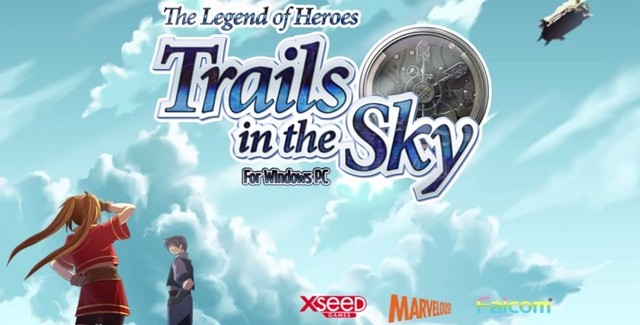 Legend of Heroes: Trails In the Sky is out now for Steam, bringing a new traditional Japanese RPG of epic scale and scope to Valve’s platform.

Previously Trails in the Sky was only available via the PSP, although in Japan it was initially released for Windows, and later on PS3. This new Steam version is a re-working of the Japanese Windows version.

Check out the Legend of Heroes: Trails in the Sky Steam Version Trailer.

Legend of Heroes: Trails in the Sky has become one of XSeed and developer Falcom’s best-selling games, and it is a traditional, slow-moving Japanese RPG of epic scale and scope that is sure to fill that niche for anyone itching to play a traditional JRPG. This Steam version includes a number of new features which you can read about below.

Trails in the Sky is actually the first part of a three-part saga that, altogether, represent the first tale in a trilogy, the other titles of which are out in Japan but have never been localized into English. Sadly, XSeed has said that the localization process for this first game was tremendous and much harder to accomplish than expected.

However, given that they are a fan-focused company, they have already announced that they WILL be releasing the second part of the tale (Trails in the Sky: The 2nd Chapter) in English as a downloadable digital title on both Steam and PlayStation Network for PSP.

In other words, you MUST buy this game on Steam if you are at all interested. The better it sells the more likely the English world is to see the rest of the many games in this fantastic JRPG franchise! It’s out now at a cost of $17, down from $20. Act now and take advantage of the 15% discount! 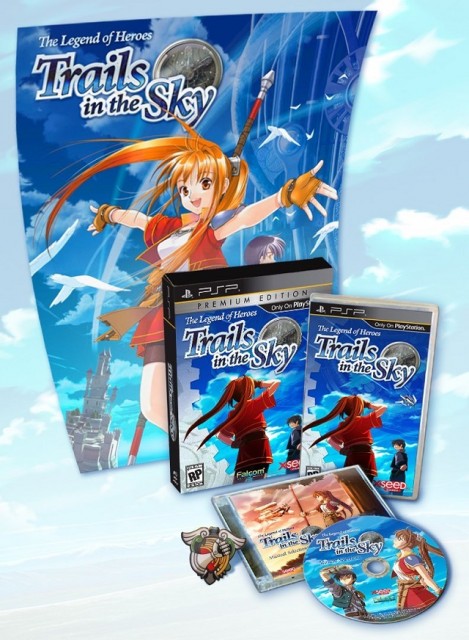 You can also find the game for the PSP, it’s available in both a regular edition and a Limited Edition known as the “Trails in the Sky – Premium Edition” that includes a 20-song Soundtrack CD, a 13-inch by 19.5” poster, and a 1.5 inch Bracer Guild replica metal badge.

You can buy the regular edition on Amazon for $20 bucks, but the Premium Edition will run you some odd $75 dollars. Currently there is only one Premium Edition still in stock on Amazon, so buy this game now before it becomes impossible to find!

There is also an anime series available on Bluray called “The Legend of Heroes Complete Collection”, that you can buy for $21 bucks on amazon (down from a normal price of $40). It’s worth noting that the anime is based on the fourth saga not currently available in the USA. However it still adds to the character development of the games and builds on the story, so if you are fan consider picking it up. Just remember that the anime will feel incomplete as it is only a partial glimpse of the much wider story found in the Japanese games. But the more Americans and Westerners support this series by buying its products, the better chance we’ll have of seeing the entire saga.

Here’s the Trails in the Sky image gallery.
Click on any of these image thumbnails to see the full-size photos: 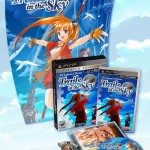 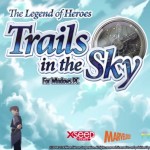 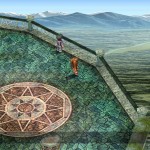 Love them beautiful 2D vistas! JRPGs for the win! 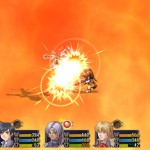 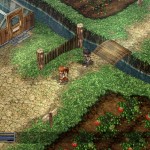 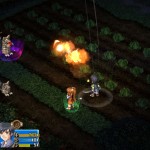 Are cows gonna get abducted ala Majora’s Mask? 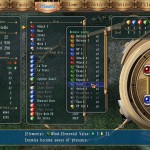 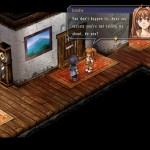 I like this traditional JRPG interior look. Reminds me of Super Mario RPG. 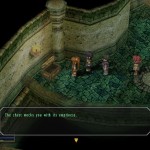 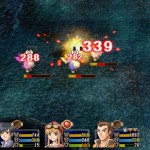 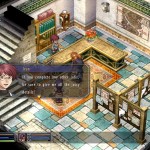 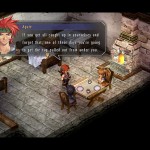 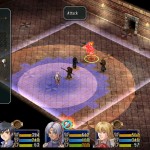 Trails in the Sky Wallpaper


Synopsis:
Modern society owes much to a mystical technology known as “orbal energy.” Fifty years ago, during what’s come to be known as the “Orbal Revolution,” the invention of this technology and the “orbments” developed from it led to a period of rapid human advancement, birthing innovations of all shapes and sizes — not the least of which was the airliner, or “orbalship” industry. Although the positive impact of this revolution is obvious, every coin has a flipside; for every beneficial device developed with these new materials, so too were advanced weapons and other implements of war. Thus, the land became mired with turmoil, and remains in such a state even now.

Enter, the bracers: an organization established to serve as police and intermediaries alike, holding above all else the peace and safety of the lands under their jurisdiction. Whenever a citizen is in need of assistance, he or she may place a request at the local Bracer Guild — and be it monster extermination, crime prevention or even peace talks among warring nations, the bracers will do whatever they can to resolve the matter cleanly and efficiently.

Some matters require a gentler touch than others, however. When an orbalship transporting a legendary “S-rank” bracer named Cassius Bright suddenly goes missing, said bracer’s daughter, Estelle, and adoptive son, Joshua, must join forces in search of him across the entire Kingdom of Liberl.

Hailed as one of the largest, longest and most meticulously detailed turn-based JRPG series of all time, this first chapter in the ongoing Trails saga sets the stage for what’s quickly become Ys developer Nihon Falcom’s most popular and best-selling franchise in their entire 30+ year history.

Introducing people, places, ideas, events and lore that rival in complexity those of even the most highly-regarded fantasy epics in literature, the care and attention given to each and every NPC, location and historical in-game event is what sets The Legend of Heroes: Trails in the Sky apart from its contemporaries.

Come join Estelle, Joshua, Scherazard, Olivier and the rest of the cast as they uncover the secret underbelly of Liberl in their first 50+ hour masterpiece, and see what Japanese gamers have been raving about for over ten years.

Key The Legend of Heroes: Trails in the Sky Features:

* The original version of the first chapter in this historical series, featuring strategic turn-based combat with unmatched customization.

* Over 50 hours of gameplay on average, with countless side-quests, collectibles and secrets to encourage replay.

* A vast world where every NPC has a name and personality, every town has its own unique politics and economic concerns, and no detail is ever trivial.

* Support for a wide variety of fullscreen and widescreen resolutions, including true 1080p HD.

* Numerous updates previously seen only in the handheld version, including:

– “Retry Offset” feature to lower the difficulty of battle with each attempt if desired.

Japanese RPG fans who want to see more awesome JRPGs released in the West, must do our part to support games like this! Buy the Steam version and if you can, track down and purchase the PSP version and/or the Premium Edition and the anime as well.

People complain that a lot of gamers don’t vote with their wallets! This is something we must do. As a fan of Japanese RPGs, I can’t wait to pick this game up. Tell your friends and spread the word! It’s also great to see another fantastic JRPG available on Steam, allowing for very easy conveniance and new features.
It’s worth noting that the Steam version, according to reports, has some issues. But don’t let that discourage you from picking it up, as patches to fix the issues will be released. The more important aspect of this is the bigger picture… Getting all of these games released stateside and in other Western countries! The only way that will happen is to buy it!

And don’t forget that the Ys series is also available on Steam from Falcom, and well worth picking up as well to help support this lil developer./em>

Did you ever play The Legend of Heroes: Trails in the Sky? If so what did you think about it? Will you be buying this game to support Falcolm, XseeD, and the Western release of Japanese RPGs like Trails?

Tags: Legend of Heroes: Trails In the Sky