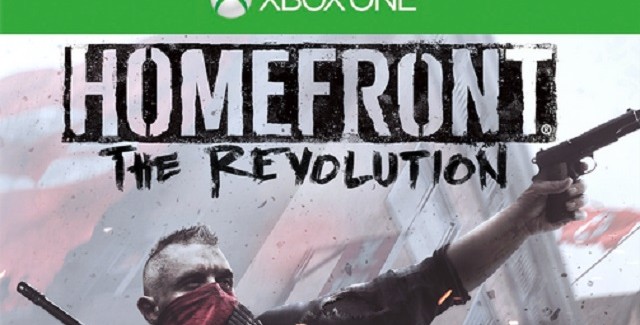 Homefront 2, now known as Homefront: The Revolution, is still in development for Xbox One, PS4 and PC for 2015! It has now been completely bought out by Deep Silver, who owns the rights to the IP and all related assets including everything that previous developer Crytek UK was working on.

Here is the debut trailer for Homefront 2.

Taking place four years into the occupation of the US by Korean forces – as portrayed in the original game – Homefront: The Revolution follows a new set of characters as they battle for freedom throughout the war-torn streets of Philadelphia. By recruiting resistance fighters and using guerrilla tactics in an open-world environment, players can terrorize KPA troops and attempt to gain the upper hand either alone or along with friends in online co-op.

Homefront: The Revolution is the sequel to publisher THQ and developer Kaos Studio’s last-gen 2011 Alternate History First-Person Shooter Homefront 1, where players had to protect the homeland (the USA) against an invading force from North Korea.

The sequel plans to take the game into open-world territory, however its development has been wrought with problems due to financial strain of those in charge.

Originally developed by Kaos Studios, that studio went bankrupt followed later by the entire publisher (THQ), also going bankrupt. After that happened, THQ auctioned off all of its assets in 2012, included in the sale was the Homefront brand, which THQ had always intended to build into a successful franchise following the warm reception of the first game.

Here is a trailer for the original Homefront 1 showing off the game’s very interesting story.

German behemoth publisher Crytek (makers of Crysis, Far Cry, Ryse: Son of Rome) stepped up to the plate, paying half a million bucks to acquire the Homefront franchise.

Crytek UK had always had a troubled past, they were formerly known as “Free Radical Design” (remember them?) who developed the PS3 FPS that completely bombed, known as Haze (2008), and are the developers who were behind the TimeSplitters franchise.

Fast forward to today, and the reigns have now been handed to publisher Deep Silver, who has put their newly acquired Deep Silver Dambuster Studio on development after buying Homefront: The Revolution from Crytek UK. They will continue where Crytek UK left off, and will hopefully be able to complete the game and make it into an awesome shooter to be released in 2015.

“We strongly believe in the potential of Homefront: The Revolution and trust in the new team to continue the path they have been walking in the last years,” said Deep Silver CEO Dr. Klemens Kundratitz.

Here’s the Homefront 2: The Revolution image gallery.
Click on any of these image thumbnails to see the full-size screenshots: 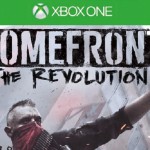 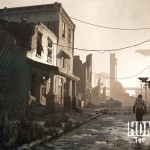 Blasted buildings on a wartorn street in America. 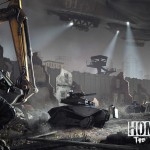 I’m getting a Terminator 2 vibe! 😀 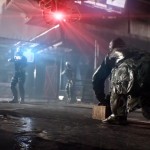 Not a good situation… 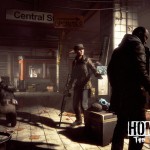 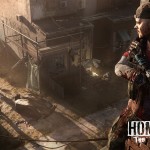 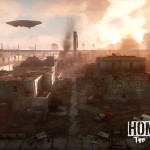 The city is a warzone. 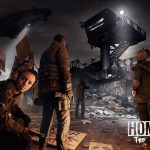 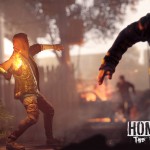 Hopefully this new developer can kick development out of its doldrums and bring us a hot new FPS game. I’m definitely interested in checking this out, although I never got around to playing the original game.

Are you excited about Homefront: The Revolution? Did you play the original?