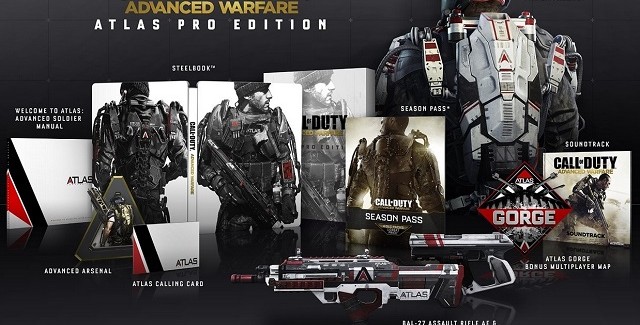 Call of Duty: Advanced Warfare Collector’s Editions have been announced (Priced at $80 & $120) for Xbox One, PS4 and PC platforms (sorry last-gen users, no Xbox 360 or PS3 special editions). The two CE’s announced are the Atlas Limited Edition and the Atlas Pro Edition.

Here is what each Call of Duty: Advanced Warfare Special Edition contains…

The Atlas Limited Edition comes with a number of awesome extras all for under $100 bucks. The Pro Edition only adds the Season Pass (get all the upcoming DLC for free). 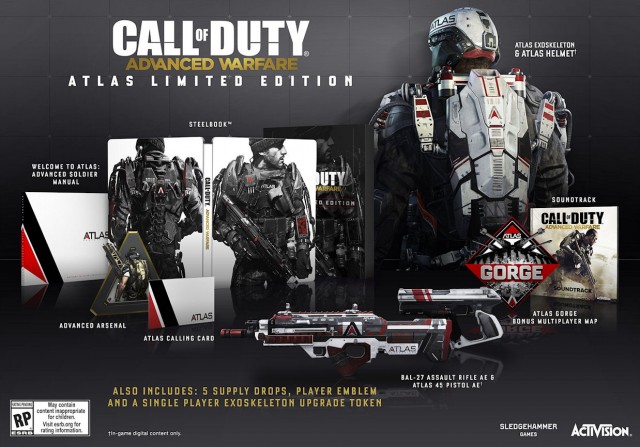 Atlas Digital Content Pack
Inspired by the Atlas Corporation, the most powerful PMC in the world, this pack features an array of customized in-game content and more:

– Two Bonus Weapons (Digital)
The Bal-27 AE Assault Rifle and the Atlas 45 AE Pistol: Trick out your loadout with these two sleek weapons fitted with an Atlas Corporation theme to match your other custom content.

Five Bonus Supply Drops (Digital)
Be prepared for battle as soon as you boot up with five bonus supply drops, which unlock a variety of in-game content from player customization gear to weapons.

Single Player Exoskeleton Upgrade Token (Digital)
Over the course of Campaign mode, players unlock exoskeleton perks and abilities that help tackle various obstacles and challenges. This token provides an extra upgrade for your exoskeleton, so you’re already at an advantage when jumping into the Campaign.

Welcome to Atlas Advanced Soldier Manual (Art Book – Physical)
The Atlas Corporation Operator Manual ensures that all recruits are equipped with the necessary intel to become a tier-one Advanced Soldier with Atlas. The manual features original concept artwork from Call of Duty: Advanced Warfare creators, Sledgehammer Games, as well as historical and tactical information that will bolster every soldier’s potential for success in the field and prepare them to carry out Atlas’ global mission.

Official Call of Duty: Advanced Warfare Soundtrack (Digital)
Upgrade your playlist with a digital copy of the in-game score, featuring main title & themes by Harry Gregson-Williams as well as original music by Audiomachine. 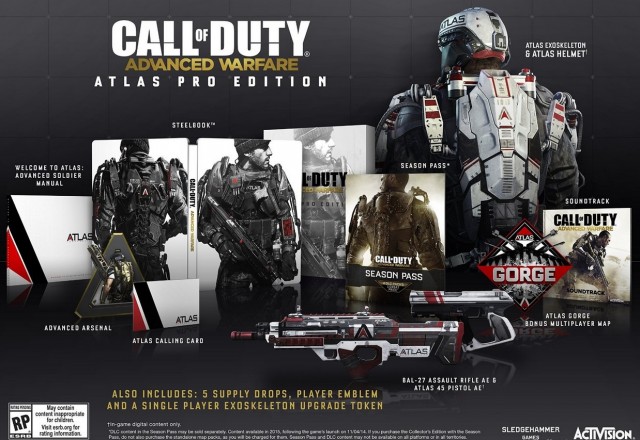 The Atlas Pro Edition includes everything from the Atlas Limited Edition, with the Call of Duty: Season Pass thrown in as well. Normally the Season Pass costs $50, and includes 4 DLC Map Packs that will be released throughout 2015.

Here’s the Call of Duty: Advanced Warfare Special Editions image gallery.
Click on any of these image thumbnails to see the full-size photos: 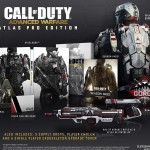 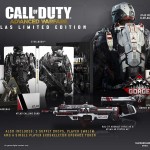