Home » News » Movies » The Last of Us Movie Announced

The Last of Us Movie Announced 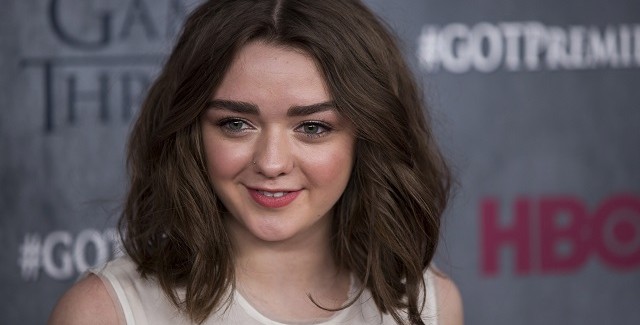 The Last of Us: The Movie is officially coming announced Sony Pictures at Comic-Con 2014.

Sam Raimi (Of the Toby McGuire Spider-Man Trilogy & Evil Dead fame) will produce with Naughty Dog’s own Creative Director Neil Druckmann (from the studio that created the game) providing the script; ensuring that the movie will be as accurate to the game as possible.

Although things are still very early, a young teenage girl actress from Game of Throne’s (Maisie Williams, whose only 17 – born in 1997) already seems on tap to play Ellie. Maise, who plays Arya Stark in HBO’s extremely popular series, is reportedly in talks and very excited to take up the role. Virtually everyone seems to be in agreement that she’d do a great job as one of The Last of Us’ most important characters.

An actress named Ashley Johnson (30 years old) voiced Ellie in the game, though a girl who is still an actual teenager would probably fit better for the young Ellie who is supposed to be 14 years old, making Maise a great fit to play her. Although many people would still like to see Ashley Johnson herself play Ellie in the film.

Speaking of which, Ashley Johnson herself even tweeted that she’d love to see Maise Williams play Ellie in The Last of Us Movie. Tweeting: “See, the thing is @Maisie_Williams has and always will be my Ellie. And I love her. So, you know, there’s that. #TheLastofUsMovie” – Ashley Johnson @TheVulcanSalute

So who will play Joel? Hugh Jackman and Josh Brolin are the most popular fan favorites, but no one has been cast at this early stage. Hopefully a big fish like Hugh Jackman signs on, if that happens it will lend major star power to what is shaping up to be one of the biggest videogame films ever.

Want a taste of a Last of Us movie right now? Check out this video that shows every cutscene in the game strung together to make one giant SIX HOUR movie!

Additionally, Naughty Dog’s co-Presidents Evan Wells and Christophe Balestra, writer Neil Druckmann and Game Director Bruce Straley will serve as Creative Architects of The Last of Us movie, which will be distributed by Screen Gems; along with Sam Raimi’s Ghost House Pictures helping out.

“It’s gonna be a great character journey, a great love story, and great horror fiction,” said Sam Raimi about The Last of Us movie when he did a panel along with scriptwriter Neil Druckmann (whose also serving as casting director and will get to select who will direct the film) at Comic Con 2014. “I always loved working on the Evil Dead series with Bruce Campbell and Rob Tapert, and my brother and I are writing the Evil Dead TV show right now… with Bruce Campbell,” Sam added whilst hinting that Campell may even get a cameo in The Last of Us movie!

“Screen Gem’s Brian Dukes and Eric Ling brought this game to my attention insisting we go after it, and when I saw the quality of the storytelling, I knew the audience for this project was far greater than just the gaming community and that Neil Druckmann must write the screenplay,” Screen Gems president Clint Culpepper said. “I am thrilled that SCEA’s Riley Russell was able to get me in front of Neil and Evan Wells to plead my case. Sam and his team at Ghost House round out the perfect team to help realize Neil’s vision.”

“Screen Gems and Ghost House are a perfect fit. Since our game released last June, we’ve talked with many companies about making a film, but we couldn’t have found better partners who share our creative vision and high standards,” stated Naughty Dog’s Evan Wells.

Very exciting stuff. With Sam Raimi at the helm, The Last of Us is another huge step towards legitimizing videogames as film entertainment. Given that Sony Pictures is bankrolling the film and will do everything in their power to ensure it’s a success, I have very high hopes and I think this could end up being the most successful videogame to film adaptation so far.

With the Uncharted movie (another Naughty Dog game) also on the way, Sony is setting themselves up to do HUGE business in the movie realm and going to great lengths to legitimize videogame films. It’s about damned time!

How excited are you about The Last of Us movie?