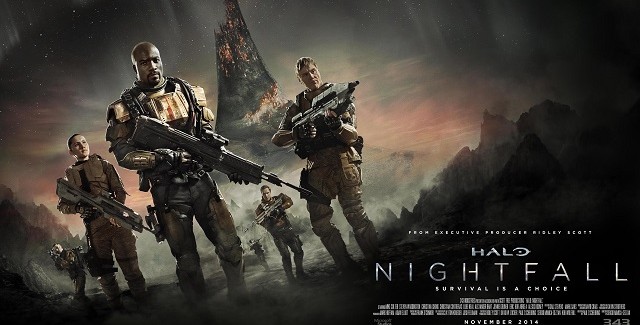 Halo Nightfall is the upcoming live-action digital show executive produced by Ridley Scott and based on the Halo universe from developer 343 Industries.

Check out the first footage from the show in this debut live-action trailer for Halo: Nightfall revealed at San Diego Comic-Con 2014 to give fans a taste of what to expect this November.

Access to Halo Nightfall will be included as part of the November 11, 2014 release of Halo: The Master Chief Collection (if you buy the game you’ll get access to the entire run of the show, one episode per week, for your $60 buck purchase). Meanwhile non-Master Chief Collection buyers will still be able to purchase the show digitally via Xbox Live on Xbox One and Xbox 360 after November 11th, 2014.

Taking place between the events of Halo 4 and Halo 5: Guardians, Halo: Nightfall follows the origin story of legendary manhunter Jameson Locke (Mike Colter) and his team as they are caught in a horrific terrorist attack while investigating terrorist activity on the distant colony world of Sedra.

Led by Locke, the Office of Naval Intelligence (ONI) agents are forced to coordinate with a Sedran commander with a remarkable history and deep-rooted mistrust of ONI.

As the plot unravels, they’re drawn to an ancient, hellish artifact where they’re forced to fight for their survival, question everything, and ultimately choose between their loyalties and their lives.

Agent Locke is a new character in the Halo universe poised to play a major role in Halo 5: Guardians releasing on Xbox One in 2015.

This show serves as the bridge between Halo 4 and Halo 5, which will be continued in the upcoming Steven Spielberg Halo show releasing next-year to coincide with Halo 5. That show will likely debut on Showtime, who is in negotiations currently to have it air on their network, despite the closing of Microsoft’s TV show division, Xbox Entertainment Studios.

Here’s the Halo Nightfall image gallery.
Click on any of these image thumbnails to see the full-size photos: 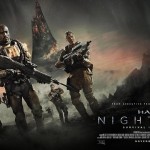 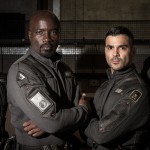 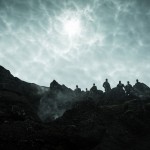 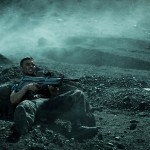 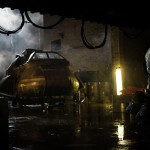 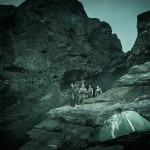 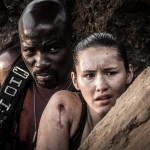 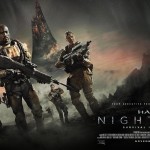 “In science fiction, we’re always searching for new frontiers. We’re drawn to the unknown,” said Ridley Scott. “With Halo: Nightfall, we’re pioneering a new medium in terms of interactive storytelling on Xbox. It’s going to be fun for long-time fans to see how the worlds come together with an ambition to attract new fans along the way with what we’ve created.

I’m really excited for Halo Nightfall, although I am disappointed to see that there is a lot of standard military fare going on in the trailer, but one can hope things get more interesting. Either way, I think this show is a huge GET for Microsoft and the Xbox One, and even though I’m not a Halo fan, I definitely intend to check it out upon release.

I also think the Spielberg Halo Show could be HUGE if it indeed does premier on a TV station like Showtime. Can you imagine if the Halo TV show becomes as popular as something like Breaking Bad is for Sony Pictures?

If Halo Nightfall proves to be a great show and very successful, Microsoft could indeed have their Breaking Bad. Which would be a very interesting development.

I’m excited for Halo Nightfall. What about you?