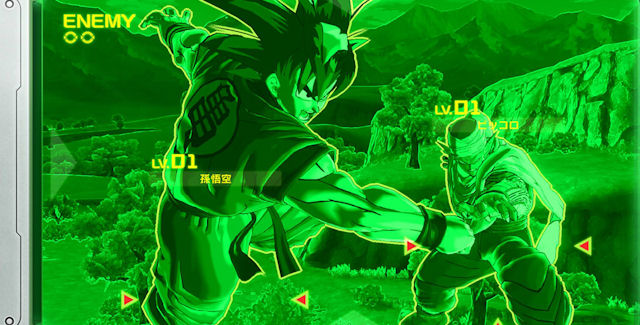 What is the Dragon Ball Xenoverse release date? Dragon Ball Z fans looking forward to Dragon Ball XV have been asking that question and the short answer is that officially it’s set for sometime in 2015. Although that sounds like a long time away, we’d guess it could be released in January 2015 at the earliest, just like Dragon Ball Z: Battle of Z was at the start of 2014. – We’ll update this page once an exact date gets confirmed!

The upcoming Dragon Ball Xenoverse video game is coming to the PlayStation 4, Xbox One, PlayStation 3, and the Xbox 360 (no Wii U version unfortunately). Since this will be the first Jump game on the new-gen PS4 & Xbox One consoles. Bandai Namco Games have confirmed they are aiming for 1080p at 60FPS on both PS4 and Xbox One, since they are building this game as a next-gen game. Although right now with the game in early development the PS4 version is the only one near that goal.

In Dragon Ball: Xenoverse, the mysterious fighter will be allowed to blast his way into multiple famous battles from Dragon Ball’s illustrious history! Thanks to this, gamers will be presented with an unpredictable ‘Dragon Ball’ experience; perhaps rewriting Dragon Ball history as we know it! However, numerous questions still remain unanswered, such as: Who is this mysterious stranger wearing the scouter? What is the story behind this new character and why is he talking to Trunks? What is the purpose behind this mysterious room?

To quote Bandai Namco Games: “Many more secrets will be unveiled over the coming weeks and months as we move ever closer to launching Dragon Ball: Xenoverse… The Future of Dragon Ball promises to be exciting for fans!”

I wish Dragon Ball XV had a 2014 release, but the developers seem excited to tell a new story — caused by the mystery fighter’s alternate history — and that takes time to complete.

I do wonder if the mystery fighter is Future Gohan Super Saiyan God or the much-requested Create-A-Character… ?

Are you looking forward to the Dragon Ball Xenoverse release?