The Wolf Among Us Season 2 Release Date

What is The Wolf Among Us Season 2 release date? Everyone’s asking that question, and the short answer is that it’s been delayed to 2019. Now let’s go over these rumors and we’ll update this page once it gets confirmed! The biggest hint we’re actually getting a Season 2 is obviously the cliffhanger that concluded Season 1’s open ending! So please share your Season 2 ideas in the comments!

Take a look at how the final episode of Season 1 plays out up to the ending here:

We are guesstimating Q4 2017-2018 as the release period of Season 2’s first episode!
Why? Because Season 1 made its debut in October 2013 and it took a full four months before the next episode got released, since the studio is working on so many point-and-click adventure games at the same time (4 series at present, full list at the bottom of this page). As a result we expect the developers to take a little more time to work on the first few episodes of Season 2, so that they won’t have to rush them out the door; with more preparation having been done before the first episode debuts on a tentative November-December period. This would mean Season 2 (be it 3 years too late for our tastes) gets to keep the same schedule as Season 1, which is what most Telltale series seem to aim for. Delays notwithstanding.

The Wolf Among Us Season 2 Release Date

Click on a thumbnail in the gallery below for big artwork of your favorite character: 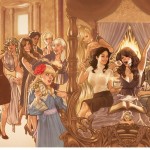 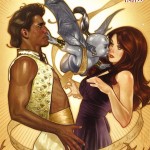 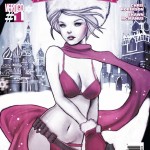 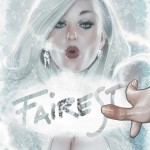 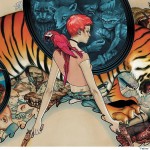 Rose Red & The Farm Animals like The Three Little Pigs 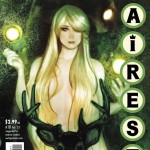 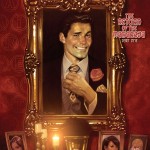 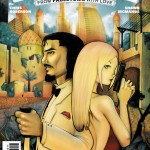 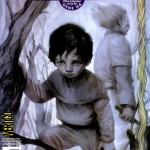 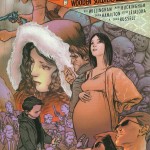 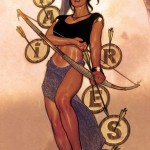 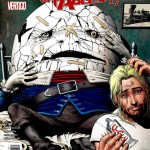 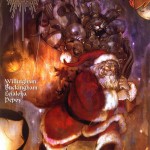 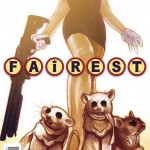 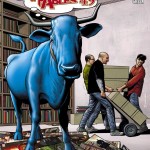 
What are the hints for Season 2? “Episode 5: Cry Wolf” ending spoilers ahead.

At the very end of Episode 5, Narissa’s words “You’re not as bad as everyone says you are.” remind Bigby of the exact same words Faith said to him back in Episode 1. After this internal dialog, his shocked reaction clearly indicates he now believes that Narissa was glamoured to look like Faith. She originally did this for The Woodsman, to take over one of Faith’s shifts at the club. So when Georgie killed Faith like he says in the season finale… he in fact killed Narissa! So the head in Episode 1 wasn’t Faith but Narissa’s. The real Faith then hid under a Narissa glamour spell the entire season — leaving clues for Bigby to find — so she could eventually get The Crooked Man either jailed or killed, because he was the one responsible for giving Georgie the kill-order. All of this so she could get out of her life as a ribbon-tied slave at the Pudding & Pie club and escape Fabletown for a new life elsewhere. Quite the plot-twist!

What confirms Bigby knows the truth about Narissa is the fact that at the very end you’re given the choice to “Let Her Go” or “Go After Her” to investigate what she’s up to in the next episode. Hence Season 2 is a must, because you don’t leave fans with unresolved plot issues in a story-driven game like this. Let alone add the choice to go after Faith-disguised-as-Narissa without having it be resolved at a later time.

Add to this the unresolved tension between Bigby and Snow the day after The Crooked Man trial, where at The Woodland Luxury Apartments he asks her “Can we talk?” and she brushes him off after you spent the prior 4 episodes building trust between them (if those were your choices anyway), well that obviously won’t sit well with anyone wanting them to get together.

Here’s the alternate ending of Episode 5 where “Narissa” narrates the final scene saying “I’ll see you around… Wolf.”:

Because Season 2 isn’t in production yet, this time there’s no after-credits cutscene at the end to give us a preview for The Wolf Among Us Season 2. But don’t worry, the downloadable episodic game series prequel to the Fables comic books will likely be back for more!

Quotes from the developers:

“Two things confirmed today. 1 – The ending for Wolf is indeed amazing. 2 – We are a bat shit crazy, out of our minds insane game company.”

“Saw the full finale for The Wolf Among Us – I know what my Bigby will do to clean up Fabletown… (hint: wreck everything) what about you?”

Following the digital release of the fifth episode, The Wolf Among Us Season 1 will also be coming to North American retail sometime thereafter. This was announced by Telltale and boxart for the Xbox 360, Xbox One, PlayStation 3, PlayStation 4 and PlayStation Vita versions has been spotted at multiple retailers including GameStop.

Additionally, after the first 5 Episodes in Season 1, Telltale Games has hinted at The Wolf Among Us Episode 6 to 10 are coming as part of Season 2. This was suggested by the Episode 5 trailer announcing it as the “Season Finale” and not the “Series Finale”, which would end the game series. Plus this is the first time they actually referred to TWAU as having a Season instead of being a stand-alone once-off like Jurassic Park: The Game. Hence Season 2 could be in the concept planning stage after both the critical and financial success of Season 1. *fingers crossed*

I hope we’ll get to see more of Bigby Wolf & Snow White’s adventures before the start of the Fables comic books. What about playing as Snow for a change-up during an episode? Getting her perspective would be interesting. But I’m sure you have much better ideas about what should happen in Season 2…

August 2014 Update: One of our editors MD — who you may know from her E3 showfloor coverage or reviews here on VGB — has released this over an hour long interview with the Bigby Wolf & The Woodsman voice actor Adam Harrington for you to watch! 😀

June 17th 2015 Update: Telltale’s Director of Creative Communications, Job Stauffer, was interviewed at E3 2015 and revealed some new info about the potential of a Season 2.

I think we were all super super (kinda) surprised by the reaction to that series. That was the first series we were premiering right after the end of The Walking Dead Season 1, with [that series’] Season 2’s first episode was a month and a half after that, so the pressure was on. I remember being at E3 2013 and just wondering “Uh man, will we be able to show this thing, is it right?” We just try really hard to try and get something that hopefully anyone will enjoy or hopefully like and wanna play.

I think we’re committed to quite a lot, but that’s exciting and we definitely hear people calling for it, uhm, nothing we can say right now. Nothing [we can say] at this time.”

From the sounds of it, sadly Telltale seem to be prioritizing everything but The Wolf Among Us to go into production. We may end up having to wait far into 2016 for the next The Walking Dead season, hence it may be even longer for The Wolf Among Us. But there is hope, since Telltale admitted to having several projects in the works that are unannounced as of yet. At the very least it’s a consideration for them to continue after they’ve finished some other big name projects. Yet at the same time, the studio is rapidly growing to meet our demand for more of everything Telltale.

What fairy tales do you want to see in The Wolf Among Us Season 2?