How To Unlock All One Piece: Unlimited World Red Characters 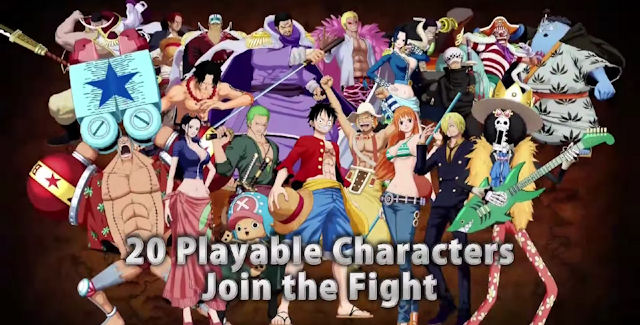 Below we’ve listed the playable characters. Take the following steps to unlock each of them, so that all unlockable characters in the game will be available to you.

How To Unlock All One Piece: Unlimited World Red Characters

New in the Western version of the game is Coliseum Mode (also known as Battle Colosseum Mode), if you buy the game in America/Canada/Europe this new mode will come unlocked for you. The grand Coliseum Mode will closely resemble the latest episodes of One Piece and bring heart-pounding action and glory to the ring as pirates fight relentlessly to earn top rankings.

Description: “Witness the strongest pirate alliance as Straw Hat Luffy and Trafalgar Law, a member of the Royal Seven Warlords of the Sea, team up to challenge the diabolical Donquixote Doflamingo, who will be joining the battle for the first time. Law will also be featured as a new playable character in Coliseum Mode only.”

This video shows gameplay for all the One Piece: Unlimited World Red characters in action: 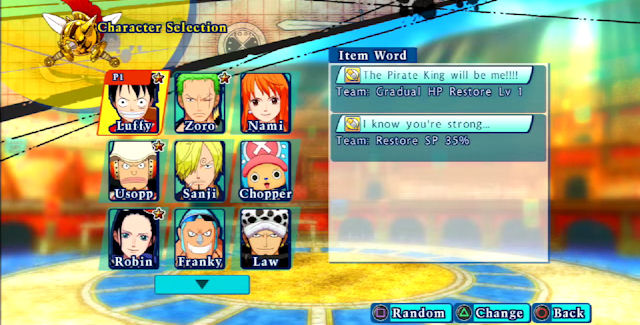 How to unlock additional characters?: As you can tell, when you start the game not all characters are available to choose from in the roster. You can unlock more by taking certain steps, as explained below.

In the new Coliseum Mode — also known as Battle Colosseum Mode depending on where you live in the world — you don’t start off with everybody. But you’ll unlock new characters as you play through it to the end and reach Level A. There are 20 playable characters in total, 9 from the Straw Hat Pirates crew!

Tips: The second player on split-screen co-op in Coliseum Mode automatically makes use of an unlimited health cheat. To activate co-op, press the Start button on your second controller to instantly go into split-screen multiplayer.

As you would expect, having unlimited health makes it much easier and faster to complete Coliseum Mode. Meaning you’ll unlock all the characters in about 3.5 to 5 hours, since in this mode you’ll be given challenges to do such as “Kill 600 enemies with Shanks to unlock Whitebeard”.

Watch the Escalation Mode video guides to see how to unlock them:

The introduction and first few fights in Battle Colosseum Mode part of the Dressrosa Arc in One Piece Unlimited World Red! To fight Doflamingo you need to get to the top of the pyramid. After completing level C in this video guide we get to B! Luffy, Law, Hancock, Nami are the characters used to do it.

In part 2 we conquer level B and am about to get to level A until the Colosseum Mode story hacks kick in! We fight Fujitora and beat him, but then a cutscene comes and Doflamingo attacks and Fujitora strikes with a meteor so you’ll automatically get kicked back to the bottom of level C.

After the story mode stunt Doflamingo and Fujitora pulled you’ll come back from the ashes and conquer level C and B again! Fights are done with Zoro, Luffy, Law, Chopper, Sanji, and Usopp.

Here we’ll complete level A in an hour. The fights are longer and harder than before and they feel like they are worth less points. The fighters used here are Hancock, Robin, Zoro, Franky, Jinbei, and Ace.

The fight is with Fujitora and then the final boss Doflamingo! The cutscenes show Law and Luffy, but we’re playing as Luffy with Ace for the victory!

Credits: Bandai Namco Games, Anime Games Online & Fatih. Feel free to comment if you have any other tips.

Who are your favorite One Piece: Unlimited World Red characters?