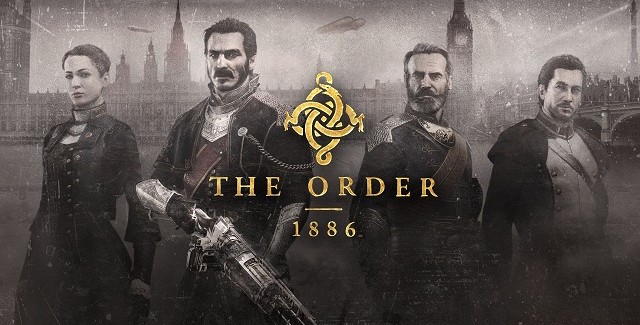 The Order: 1886 is Sony’s next powerhouse franchise, a PlayStation 4-exclusive being developed by Ready At Dawn Studios and Sony’s Santa Monica Studio. It’s due worldwide in February 2015.

The Order: 1886 is looking to lay the ground work at becoming one of the first huge AAA PS4 exclusive titles ala the PS3’s Resistance, InFamous or Killzone franchises.

The Order: 1886 is a linear, single-player, third-person shooter action adventure series with Quick-Time Events (ala Heavy Rain/Beyond Two Souls and God of War, where you must press a button during a cutscene to proceed), cover-shooting mechanics ala Gears of War, and a deep storyline, mythos, and character-development with a flare for the dramatic. All of it set during an alternate-history late 1800s London setting.

The developers, Ready At Dawn, are the guy’s behind the PSP God of War games (Chains of Olympus and Ghost of Sparta), Daxter for PSP, and the Wii version of Okami. Sony Santa Monica is responsible for the core God of War series, and less-popular but great PS3 titles like Starhawk, Sorcery, PlayStation All-Stars Battle Royal, and tons of Indie titles, everything from the PixelJunk series to Escape Plan on PS Vita, The Unfinished Swan, Sound Shapes and Journey, via collaboration with those indie developers.

In The Order: 1886, players step into the shoes of four separate characters who are part of “The Order”, that is, King Arthur and the Knights of the Round Table. These knights defend the world from monstrous Werewolf half-breeds, and humans of a resistance faction. In addition to the Lycan proper, many humans were half-bred with monsters to create evil monstrosities that started appearing on the scene in the 1700s. Turning humans into powerful beasts.

Find out a lot more about The Order: 1886 from the developer’s themselves in this GameSpot E3 2014 Stage Demo.

Fearing the half-breeds, a war begun, with power and influence swinging from the beasts to the men, with the men eventually regaining control and finding their hope in the order of knights. Just when things look brightest, the war again begins to be won by the half-breeds. As all hope appears lost, the Knights make an amazing discovery of a mystical liquid they call “Black Water”. Offering healing abilities and extending the life of those who make use of it, Black Water begun a turning of the tides.

Even though the Knights would suffer great losses, the combination of the Black Water with the onset of the industrial revolution lead to the development of fantastic, powerful weapons that allowed the Knights to gain the advantage over the half-breeds. From harnessing the power of electricity to the power of fire strong enough to melt metal, to grenades and bombs of all types, the Knights finally had the firepower to take on the half-breeds directly and win.

Now in 1886, the war between the two still rages, however the humans have imposed martial law to keep order within London. However now the people have begun to rebel against the rich, ruling class, adding infinite complications to an already complicated war.

Here’s The Order: 1886 image gallery.
Click on any of these image thumbnails to see the full-size photos: 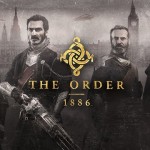 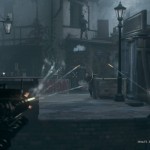 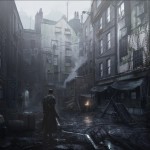 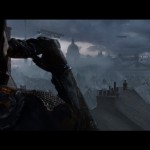 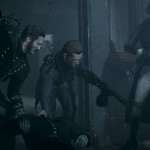 “Save your prayers Lafayette, there is no God to help him.” – Galahad 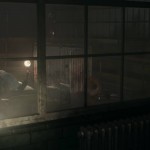 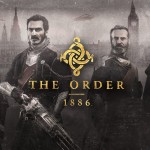 Your teammates. Know their faces.


The most interesting aspect of The Order: 1886, is that all of the weapons players use in the game are based on real-life research. Pacing is very important to the team and to the story they are trying to tell, and players will encounter different types of gameplay, from third-person shootouts to slower-paced exploration moments with heightened tension.

A lot of people have complained about the linearity of The Order and say the gameplay looks slow and unexciting, however I definitely disagree. I prefer linear games to open-world, nonlinear ones, and I love the Resident Evil-style slower-pacing. Also the QTE’s in the game have only been added to make cutscenes and story-sequences interactive, and the team says QTE’s in general are sparse throughout. That should be good news to those who complain about QTE’s. I’m not one of them btw, I love Quick-Time Events and think it adds a cool element to gameplay.

Graphically, The Order: 1886 is absolutely rich with detail, and I love the 1800s setting. It’s great to finally see a game with a new setting that is little-explored in the game medium.

What do you think of The Order: 1886? Are you excited about what you’ve seen or disappointed? Does it look like a PS4 killer-app?