“Inside” by the creators of Limbo, is an one of the biggest trump cards in Microsoft’s cap that’s a timed Xbox One exclusive for 2015. “Inside” was announced and fully revealed at Microsoft’s E3 2014 Press Conference where the first gameplay trailer was shown, and it left a huge impression on the audience.

See how impressive this upcoming title is yourself with the first reveal gameplay trailer for PlayDead’s “Inside” on Xbox One.

“Inside” has been in development for four years now by Indie studio “PlayDead”, the makers of the hit black & white platformer “Limbo”.

Like that game, this game features a very haunting, somber mood set in stark contrast by the dark, shadowy color palette that immediately draws you in to this beautiful, gorgeously rendered world.

Like Limbo, the monotone and subdued color palette is one of the clear highlights, although this time there actually IS color, the game is not black & white. But the shadows are used to amazing effect to give off the same overbearing vibe. The music is also extremely unsettling, giving off the perfect tone of overbearance.

And like Limbo, “Inside” is a side-scrolling platformer with adventure and exploration elements, and, as is obvious by the trailer, lots of stealth. You’ll have to avoid being discovered by hiding behind objects in the foreground as spotlights or guards search for you in the background. Very cool!

Here’s the same trailer but with a lil more info from Microsoft’s E3 2014 Press Conference.

This time the game world is entirely polygonal 3D and fully rendered, however the gameplay remains 2D. And I wouldn’t have it any other way! I love game’s like this.

“Inside” will be released as a timed exclusive for Xbox 360 & Xbox One first in 2015. After that timed exclusive period is up (who knows how long it will be. It could remain Microsoft exclusive for a whole year), the game will then hit other platforms including PS3, PC & Mac. No word on whether the game will hit PS4. It may be that PlayDead must only released the “next-gen” version on Xbox One and on last-gen for other platforms. Also no word on whether it will hit Xbox 360 & Xbox One at the same time, or whether the PC/Mac versions will be available day & date with the Xbox version(s).

Here’s the “Inside” image gallery.
Click on any of these image thumbnails to see the full-size photos: 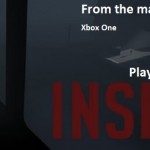 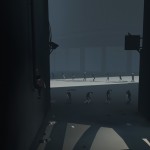 Stealth gameplay in “Inside” looks amazing! 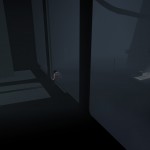 The claustrophobic tone of “Inside” is incredible. 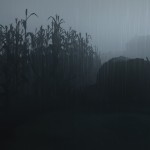 
“Inside” stole the show for me! For me, the four most impressive games of E3 2014 were “Inside”, Ori & and the Blind Forest, No Man’s Sky & Captain Toad (I love Toad!). As you can obviously tell, the first three titles are all Independent games. I truly believe E3 2014 was another “Rise of the Indies” year.

I never got around to playing Limbo despite owning it several times over (I MUST do that), and I am even more excited to play it now knowing that “Inside” is waiting in the wings.

This game looks absolutely phenomenal and is proof-positive of the incredible artistic creativity that Indie developers bring to the table, and is a perfect example of how amazing videogames are.

Every part of “Inside”, the music, the graphics, the animation, the tone, the style, even the voice-work, suck you into the world the instant you see it in motion. The trailer is so beautiful it nearly brings a tear to my eye and the visuals & music are so captivating that my heart was racing when I first saw this trailer. Absolutely phenomenal! I can’t wait!

How excited are you about Inside? Did you ever play Limbo?