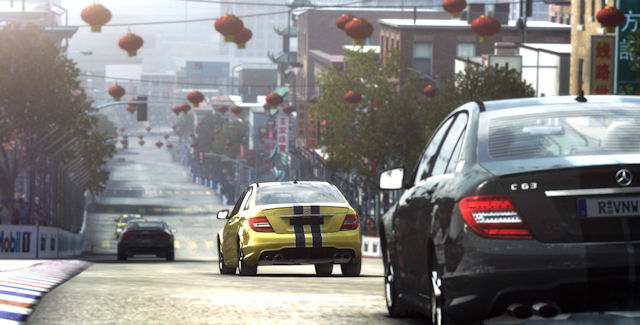 The GRID Autosport trophies guide lists every trophy for this PS3 racing game and tells you how to get and unlock them.

In the GRID Autosport trophy guide we’ll show there are 51 Trophies (0 Hidden) that can be earned in the PS3 version. Earn Bronze (42), Silver (5), Gold (3), and Platinum (1) Trophies to increase your Gamer Level.

1. GRID Autosport Perfection (Platinum) — Collect all the other trophies.

3. Just warming up (Bronze) — Complete the first season of your Career.

5. Brand Awareness (Bronze) — Satisfy all 6 sponsor objectives at least once in a Career season.

6. Through the Hoops (Bronze) — Fulfil both of your team’s targets in the same season.

7. Top step (Bronze) — Win a driver’s championship in your Career.

Touring Cars is one of the most called for disciplines by fans in the game and returns triumphantly from our TOCA series. In the video, you’ll see real-world drivers, including 2013 BTCC Champion Andrew Jordan from Pirtek Racing, Team Dynamics’ Matt Neal, and Motorbase Performance’s eight-time touring car title winner Fabrizio Giovanardi talking about what makes this style of racing so exciting and what you need to succeed in it, alongside gameplay footage of cars trading paint in aggressive grids.

Three-time BTCC winner Matt Neal, one of the drivers who has consulted with the development team on bringing the authentic Touring car experience alive in GRID Autosport, explains the appeal of this discipline, “It’s the cut and thrust, it’s the physicality of it all, getting your elbows out and getting stuck in. You need to know when to be aggressive at the right point and you’ve got to be very wary of who you’ve got around you.” Have you got what it takes?

It’s the dead of night and the illumination of the starting straight fades into the background, track lighting is at a minimum and the headlights from your competitors shine into the night. The brake lights in front appear, a set of red eyes staring your headlights down. Then they vanish. The car in front runs wide and finds itself in the gravel runoff, you’re in first place and now you’re all alone.

This is racing at its finest, where the optimal racing line and braking points are worth valuable tenths of a second.

Unlike the Touring Car discipline where drivers aren’t afraid to rub a little paint now and then, Open Wheel is all about avoiding contact as the fragile nature of the cars mean only the faintest of touches is required to put a dent in your hopes of a podium.

The Tuner discipline will test your throttle management skills to the limit in Drift events, ask you to thrash Muscle cars and get fast and furious behind the wheel of Super Modified motors in Time Attack events and races.

When we think of Street Racing we can’t help succumbing to a wave of nostalgia as we reminisce about races we had around the likes of San Francisco and Washington in Race Driver: GRID. The good news is that GRID Autosport looks set to forge similar memories as both locations make a return alongside Chicago, Dubai, Paris and Barcelona.

9. Extra curricular (Bronze) — Win a cup competition in your Career.

10. Toured with the Best (Bronze) — Complete a Touring Car Championship with the Ravenwest team.

11. Endured with the Best (Bronze) — Complete an Endurance Championship with the Ravenwest team.

12. Raced with the Best (Bronze) — Complete an Open Wheel Championship with the Ravenwest team.

13. Flowed with the Best (Bronze) — Complete a Tuner Competition with the Ravenwest team.

14. Battled with the Best (Bronze) — Complete a Street Racing championship with the Ravenwest team.

16. Moving up in the world (Bronze) — Unlock the “International Endurance Championship”.

19. Been around the block (Bronze) — Unlock the “Pro GT World Masters”.

20. One for the cabinet (Bronze) — Finish the “Ultimate Touring Car Championship” in the top 3.

21. It’s been a long road (Bronze) — Finish the “Ultimate Endurance Championship” in the top 3.

23. I make this look good (Bronze) — Finish the “Super Modified World Masters” in the top 3.

24. King of the Streets (Bronze) — Finish the “Supercar World Masters” in the top 3.

26. No longer afraid of the dark (Silver) — Reach level 10 in the Endurance Career.

30. I’ve got what Rick Scott’s got (Gold) — Win each discipline’s most prestigious driver’s championship for Ravenwest.

Note: This can also be achieved Offline by selling your first car and buying another.

36. Downforce to be reckoned with (Bronze) — Reach level 10 in Open Wheel Online.

39. Tek-Domination (Bronze) — Install all the upgrades and tuning options on a car in Online.

43. Just the way I like it (Bronze) — Complete a Custom Cup offline.

45. Leading them off (Bronze) — Qualify for the front row of the grid.

47. Jack of all Trades (Bronze) — Compete in all race types, including party modes.

49. The Journeyman (Bronze) — Race a season with each of the 10 teams in the career.

Special thanks to Codemasters & Legendwarior for the list, tips & guide videos.

Please comment if you have any GRID Autosport trophy unlock tips of your own. Kudos will be given. – Thanks for visiting!