Captain Toad! Toad finally has been given his very own game! Glory hallelujah praise the Lord! All my life I’ve been waiting for the coolest lil fungi the world has ever known to be given his own videogame! It has finally happened! JOY! And boy does it look awesome!

The intrepid Captain Toad sets off on his own adventure for the very first time through a wide variety of tricky, enemy-infested, maze-like stages to find hidden gems and nab elusive Gold Stars.

* Equipped with nothing more than a neck scarf, backpack and oversized head lamp, Captain Toad finds hidden gems, coins and power-ups on his way to the Gold Star at the end of each tricky, trap-filled stage.
* Captain Toad isn’t particularly fast or strong. He can’t jump and he has no super powers. But he knows that sometimes, it’s all about wits and perspective! Toad is the Hobbit of the Mario world!
* Twist the camera to reveal hidden locations and other secrets. The Wii U GamePad offers a closer view of the dangers and hidden items in each maze, and it’s gyro controls can also be used to peer around.
* Captain Toad’s world is brimming with life, with dangerous enemies, tricky platforms, and nasty traps and secrets to uncover. Each stage is its own puzzle to solve, and littered throughout are hidden items in hard-to-reach places. Can you help our tiny adventurer survive to find them all?

Captain Toad: Treasure Trackers was revealed and announced for the first time at E3 2014 during Nintendo’s digital event, where the first gameplay of this all-new upcoming 2015 Wii U title was shown off.

Taking a bite out of the Super Mario Galaxy & Super Mario 3D World/3D Land playbooks, Captain Toad is a cross between a platformer and a puzzle adventure game, where you must use the GamePad to help Toad navigate the world by manipulating platforms and objects he encounters. It is an extension of the “Captain Toad’s Missions” minigames found in Super Mario 3D World, but blown out into an entire game!

It’s not a platformer because the lil guy cannot jump (which is odd, considering how beastly he was at leaping, albeit small heights, in Super Mario Bros. 2 for NES), and it’s not a straight puzzler either, as you will have to contend with enemies of all sorts as you make your way through each level’s polygonal 3D high-definition world.

Sometimes it’s more hazard navigation than it is “puzzle solving”, though there are legit puzzles as well to solve in each of the game’s many stages.

Here is a look at 20 MINUTES of extended Captain Toad gameplay from Nintendo’s E3 2014 Treehouse Event.

In the game, it is up to Toad to track down the Gold Stars at the end of each level, while also searching for three hidden Big Gems deviously tucked away in small crevices and out-of-the-way areas that take some real exploring to find. Although these gems aren’t required to beat the level.

The levels are seen from an isometric viewpoint, and you can rotate the camera and zoom in or out to get a better viewpoint. Each stage is shaped kind of like a cube, and within the depths are all kinds of various paths that are hidden from view initially, requiring rotating and brain thinking to discover (this reminds me of the “3D Maze” puzzle in Super Mario RPGs Sunken Pirate Ship! But turned into a whole game!)

Captain Toad must waddle through these lands, searching for the 3 Hidden Big Gems, avoiding enemies, finding power-ups, collecting Coins and other treasures found inside, all the while making his way to the end of the stage and the Gold Star that awaits!

All manner of enemies from Shy Guys to Goombas to Boos will block Toad’s path, and Toad can only scurry about, he cannot attack! He can run his little heart out, hide behind objects, and can occasionally stun certain enemies with the flashlight atop his head.

However, he is not entirely defenseless. If he can manage to fall from above, he will be able to crush enemies beneath his feet! Like, oh say a stack of Goombas! He can also lift vegetables out of the ground just like in Super Mario Bros. 2, and toss them to defeat enemies! TOAD POWA!

You won’t always have access to either of these options though, often defense is Toad’s best offense! Another neat feature comes in the form of the GamePad, which can be used to manipulate certain objects or platforms (like raising platforms or lowering them), or can be used to say, see in first-person in the Minecart stage.

Last but not least, here is a video of three girls playing 16 minutes of Captain Toad from Nintendo’s Treehouse event. Much awwing and fawning of Toad’s infinite cuteness inbound!

Now while Captain Toad does not sound like much, and it is indeed a simple premise, the game is full of absolute charm. The lil fungi we all know and love is as cute as ever (he wallows with his signature high-pitched Toad voice, shivers in the cold, and falls asleep on beds if you leave him there atop one) and the game just looks like a bucket o’ fun that only Nintendo could dream up. It’s absolutely perfect for Toad’s grand adventure debut!

And while the levels and the enemies look pretty simple and lacking depth, wait until you see the Lava Dragon boss. You’ll slowly begin to understand the underlying depth that this game has. I can’t wait to see what some of the later levels will entail!

Already we have seen some levels that show off what Nintendo has in store for us further into the game. One level is a Haunted House with Boos all around, where Toad routinely goes in one door and pops out another at a different location on the houses upper floors.

Another level is aboard a moving train at night (that makes good use of Toad’s flashlight on his head), full of enemies who snake around to create dangerous paths that Toad has to carefully waddle through without being hit. In this stage we see him get ahold of an arcade Donkey Kong-style hammer that allows him to destroy any enemies in his path with a slam!

Finally, we get a glimpse at a minecart level aka Donkey Kong Country, that has Toad using both third-person and first-person viewpoints via the GamePad as he careens down the set railway path. Super cool!

I am absolutely hyped about this game! Toad has ALWAYS been my favorite Mario character, and arguably my favorite Nintendo character, ever since he made his debut in Super Mario Bros. 2 for NES and I played it as a young boy in the late 80s. I always picked Toad! Mario Kart 64 and “I’m the best!” sealed the deal. I’ve loved the lil guy ever since!

Now that Toad finally has his own adventure, I hope & pray that Nintendo adds him to the Super Smash Bros. 4 roster as a playable character! PLEASE NINTENDO PLEASE! If they finally give him his own game and DON’T add him to Smash, I’m going to be royally crushed! Let Toad not get shafted again! He demands respect! ^_^

Also, Nintendo, please for the love of all that’s holy, give Toad his original Mario Kart 64 voice back! At the very least make him say “I’m the best!” again! 😀

I’m also very happy to see that Nintendo opted to give Toad his original colors back! None of this ridiculous Blue or Yellow Toad business!

Here’s the Captain Toad: Treasure Tracker image gallery.
Click on any of these image thumbnails to see the full-size photos:

YES YES YES! Toad gets his own game! #mylifeiscomplete 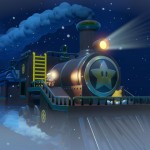 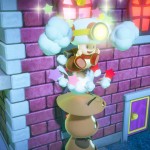 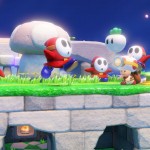 Shy Guy’s first made their appearance in SMB2! 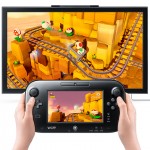 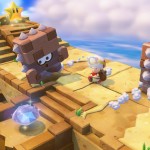 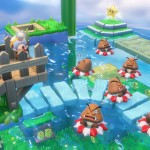 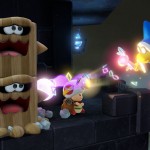 What are those?! Wooden Thwomp tree trunks? 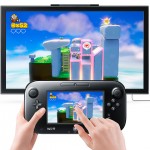 Use the GamePad to move level objects.


So what do you think of Captain Toad? Are you excited or disappointed? Isn’t Toad the cutest lil guy you’ve ever seen?! 😀