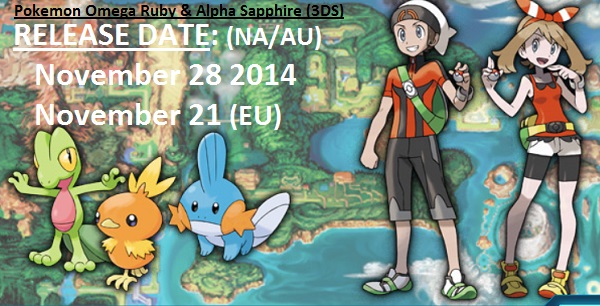 The official Pokemon Omega Ruby & Alpha Sapphire release date is set for November 21st 2014 in the North America confirmed Nintendo at E3 2014. Both titles will be released exclusively for 3DS. They will hit on November 21st in Austalia as well, whereas Europe will get the games on November 28th.

Some Mega (pun-intended) new features are in store for Pokemaniacs as well, the main draw of which is a graphical facelift that will render the entire world of Hoenn in glorious polygonal 3D, using the same engine as Pokemon X & Pokemon Y (up to and including full renderings of the game’s Pokemon & attack animations in the style of X&Y. A HUGE update).

This is significant because the original GBA titles had completely 2D, sprite-based graphics. And thus, looked like SNES titles per the power of the GBA.

This time, they will look more like GameCube titles thanks to the graphical muscle of the 3DS and it’s stereoscopic 3D capabilities (obviously you won’t get the 3D effect if you are playing the games on a 2DS).

The other major addition to these remakes is that of Mega Evolution, a carry-over from Pokemon X & Y. This allows certain particular Pokemon to temporarily evolve in battle into a much stronger form.

It’s an exciting time indeed to be a Pokemon fan! These remakes are no doubt response to the massive sales of Pokemon X&Y, which have become the fastest-selling games in history of the 3DS, selling a massive 4 million copies worldwide during X & Y’s debut weekend. And selling through over 12 million copies since their release on October 12th 2013 last year, nearly a year ago (man time flies…).

Here’s the Pokemon Omega Ruby/Alpha Sapphire image gallery.
Click on any of these image thumbnails to see the full-size photos: 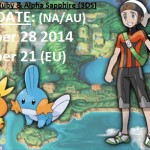 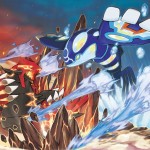 Mega or is it Primal Time? Awesome official art. 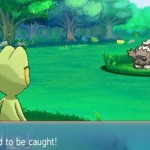 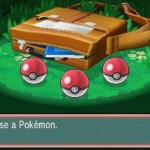 Who will you choose? 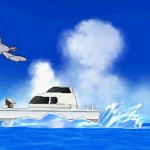 You’re on a boat! Wingull! 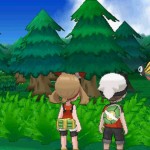 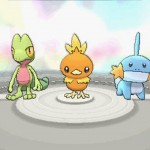 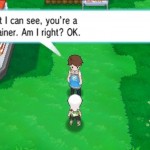 Listen to your mother!


Are you excited for Pokemon Omega Ruby & Alpha Sapphire? Which one will you be buying? Did you play the original GBA titles?