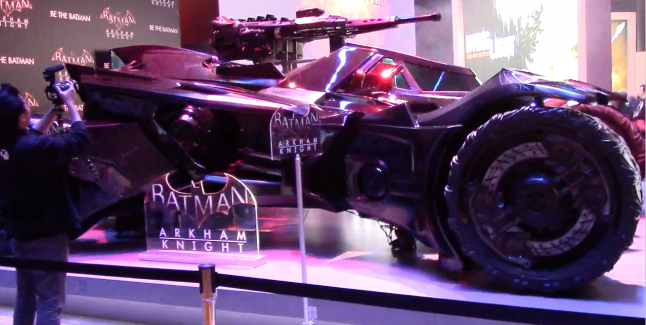 Out of all the games I saw at E3 this year, Batman: Arkham Knight was by far the most impressive when it comes to the power of next-gen gameplay. Sure, there were games that probably looked a lot prettier but actually seeing this game in action is just something else. So much is going on in the gameplay and there is literally no down town. No loads. Everything runs so smoothly, in one, swift, motion. To top it off, this time around, we finally get to use and control the Batmobile. Thanks to the power of next-gen, Batman: Arkham Knight truly exemplifies what it is to be Batman.

With that said, please enjoy this recap/discussion of the behind closed doors demo I attended at the Warner Bros booth at E3 2014 🙂

Are you excited for Batman: Arkham Knight?