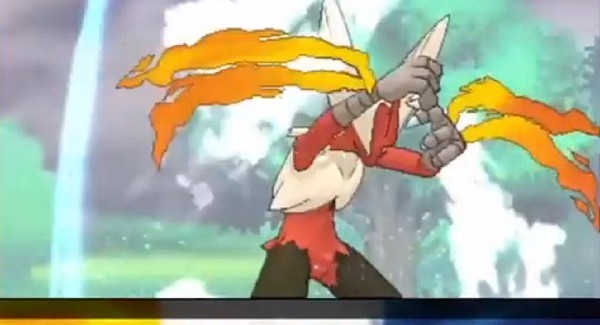 Alpha Sapphire & Omega Ruby, the newest Pokemon games for 3DS, were highlighted at Nintendo’s E3 2014 Press Conference Digital Event, where they showed us some all-new gameplay for this holiday’s juggernaut handheld titles that hit stores this November.

We finally get to see what the Mega Evolutions for starting Pokemon: Treecko, Torchic, and Mudkip look like! That’s Mega Sceptile, Mega Blaziken and Mega Swampert, as you can see in the trailer above! Just like in Pokemon X/Y, several new Pokemon have all-new Mega Evolutions in these Ruby/Sapphire remakes. Huzzah!

These games were previously announced and a lot of details have been revealed on them already in our “Pokemon Omega Ruby & Alpha Sapphire Announcement” article.

But definitely check them out in action if you are a Pokemon fan who’s looking forward to these current-gen remakes of the Game Boy Advance-era, 3rd-generation Pokemon titles. They are certain to scratch that itch for your yearly dose of Pokemon just in time for Christmas 2014.

Last, but not least, here is a total Pokemon Omega Ruby/Alpha Sapphire breakdown of all the new stuff revealed at E3 2014 from certified Pokemaniac TheKingNappy. He’s got you covered on all things Pokemon!