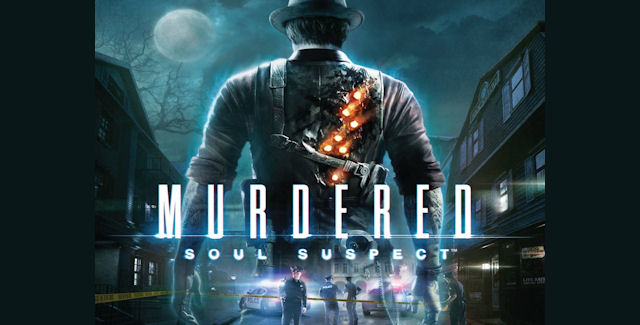 The Murdered: Soul Suspect walkthrough will guide you through the beginning to ending moments of gameplay with strategy tips for this supernatural detective thriller game on the Xbox 360, Xbox One, PS3, PS4 & PC.

Murdered: Soul Suspect is a dark, detective thriller with a supernatural twist: solving your own murder from the afterlife. Play as Ronan O’Connor, a Salem police detective with a chequered past, whose life is brought to an untimely end by a brutal killer. Trapped in a limbo world called Dusk, he is unable to find peace until he can bring his killer to justice. As Ronan, use powerful supernatural abilities to freely explore the shadowy afterlife. Unable to communicate with the detectives on his case, Ronan must read the minds of the living, influencing their thoughts and actions, and interrogate Salem’s dead to piece together the truth. The afterlife is not a safe place however, and his investigations are threatened by demonic spirits wanting to devour his soul.

Let’s start the Murdered: Soul Suspect walkthrough with an introduction video from the creators!

Please note that viewers must be at least 16-17 to watch, in Europe & America respectively, so no harm comes to those with innocent eyes. This game includes Blood, Intense Violence, Strong Language, Use of Alcohol.

The hardest murder to solve is your own…

Murdered: Soul Suspect is a supernatural detective thriller which challenges players to solve possibly the hardest case of all… their own murder.

When Ronan O’Connor, a detective with a chequered past, gets caught up in a violent burglary, his life is brought to an untimely end by a brutal and relentless killer.

Shocked to find himself in the afterlife, his only escape from the limbo world of ‘Dusk’ is to uncover the truth behind his killer, track him down and bring him to justice using his detective instinct and new-found supernatural abilities.

As Ronan, you have the freedom to explore the modern-day town of Salem Massachusetts: its New England-style wooden houses, narrow streets, gothic churches and mental asylum for clues. Battle demonic spirits to save your soul and uncover the shocking revelations about who is responsible for your death.

Brad will be your voice-over commentator showing you around the game’s areas.

Hint: Keep an eye out for Ronan’s ghostly abilities. As the game progresses you’ll learn he can walk through walls, possess and influence humans & cats, teleport to hard-to-reach locations, poltergeist objects to spook innocent bystanders, and more.

Go to the Fourth Floor Apartment to look for evidence at your crime scene.

While still getting the hang of his new-found ghostly powers, Detective Ronan O’Connor encounters Demons for the first time.

Side Missions: The spirits you encounter roaming the Dusk are people who have left something unresolved in their previous life, who, much like Ronan, cannot move on to until they’ve settled their unfinished business. Several side-quests in the game revolve around helping these lost souls move on, while some can’t or don’t want to be helped, Ronan will need their help if he’s to catch the Bell Killer in time.

Turns out you weren’t the only witness to your murder… Get to the witness in the attic by climbing up there as a possessed cat.

Protip: When possessing a cat, aside from your wall climbing abilities, don’t forget to Meow a lot!

Chapter 4: Get To The Salem Police Station

After learning the witness’ location, make your way to the Salem Police department to get an update on your Death Case.

Chapter 5: Escape From the Police Station

Time to free the witness from the Holding Cell and sneak her out of the Police Station, so we can continue the investigations into her mom’s disappearance and The Bell Killer.