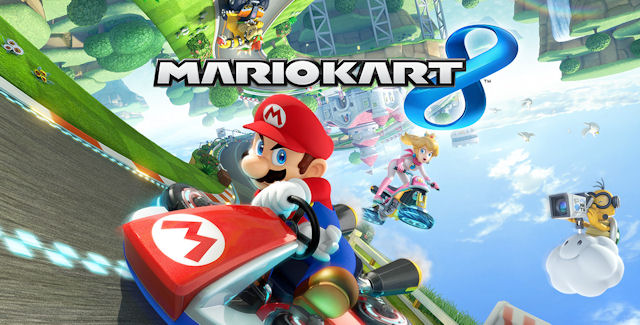 How To Do A Rocket Boost Start

The rocket boost start is the key to winning races in Mario Kart 8 from the beginning. Take this literally, because at the start of each race when Lakitu’s stoplights go from red to green to signal the start of the race, that’s when you can execute this fast start move.

What is the exact timing for the Rocket Boost Start: At the start of the race before you can drive, the very moment when the stoplight counts down from 3 to 1 and you see the 3 red lights go on at the same time before turning a green color. When the second red light turns on and the on-screen counter reads the number “2” that’s when you need to press and keep holding the gas button; The gas button is the “A” button on Wii U GamePad, Wii U Pro Controller, Wii Classic Controller & Wii Remote with Nunchuk or the “2” button on Wii Remote & Wii Wheel.
A second later when the light changes to green the race begins, and if you’re still holding in the gas button then that’s when you’ll immediately activate a turbo boost start (AKA “Rocket Boost Start”). This way you’ll immediately pass by lots of your opponents at the very beginning of each race.

How to get the longest Rocket Boost Start: The closer you get to pressing the gas button when the countdown’s “2” number drops into place after it appears on-screen (and not right when it first appears), that’s what determines how long your rocket turbo boost will last. Alternatively, a second method that I personally use to get the timing right is to only look at the three red lights Lakitu is holding in the air, press the gas button at the exact moment the second red light turns on to get the longest rocket turbo boost!

If you hit the gas button too soon you’ll spin out, so keep practicing on your timing to get the longest possible speed boost that will last for over 1 second! 🙂

How To Unlock Mirror Mode

Do you want to race on all 32 tracks in reverse? That’s what Mirror Mode is for in Mario Kart 8! The tracks will feel like new when left is right and the other way around, even the text on signs is dislayed in a mirror image.

Find out how to unlock the Mirror Mode: To unlock this mode, you’ll need to win a Gold Trophy on all 8 Cups in Grand Prix races.

How To Get The Alternate Title Screens & Ending Credits

Here’s how to get the Alternate Title Screens: To unlock new title screens for Singleplayer and Multiplayer, you must win a Gold Trophy on all Mirror Mode and 150cc races.

Here’s how to get the Alternate Ending Credits: To unlock a different ending credits that has new music, you must win a Gold Trophy on all Mirror Mode and 150cc races.

How To Get A Gold Kart

Here’s how to get an entirely golden kart:
• Gold Standard Kart Body: Have at least a one Star rating — by getting 1st place 3 out of 4 races — in every Cup in Grand Prix mode on 150cc including Mirror Mode. Technically speaking, the game demands you get a one Star rating on every engine class (50cc, 100cc, 150cc) but because the Grand Prix Cups stack, you only have to get it on 150cc.
• Gold Glider: Collect 10,000 Coins, which can be done in every mode in the game.
• Gold Wheels: Defeat the staff ghosts at Time Trials on each of the 32 tracks.

How To Stop A Flying Blue Shell

In Mario Kart 8 the flying Blue Spiny Shell AKA Blue Shell can be stopped from always hitting the first place driver (if that’s you) by getting and using the new Super Horn item right before it hits you. The Super Horn emits a radial shockwave, destroying all nearby obstacles and items, and causes nearby racers to spin out.

PS: If the #2 driver is nearby I always tend to hit the breaks to switch places from #1 to #2, so the Blue Shell won’t hit me and take out my nearest opponent who is now #1.

How To Steal The Items From Other Racers

You can steal items from other racers when you see them circling around the other player — and only those items that cannot do any damage to you or when the driver is not a Bomb — by bumping into them with your Kart / Bike / ATV to cause a collision.

These two items can be stolen:
• Triple Mushrooms — This item causes 3 Mushrooms to circle your kart, providing you with three separate speed boosts.
• Crazy Eight — This item generates 8 different items like the name suggests. The items are the Coin, Bob-omb, Mushroom, Star, Blooper, Green Shell, Red Shell, and Banana. These items will circle around you, waiting for you to use them when you choose to.

Until more Mario Kart 8 cheats on Wii U get discovered, we made the handy Mario Kart 8 guides listed above to help you with tips and tricks for the game!

Do you know of any Mario Kart 8 cheats or unlockables?
Let us know in the comments, you’ll get credit for finding out. – Thanks for visiting!