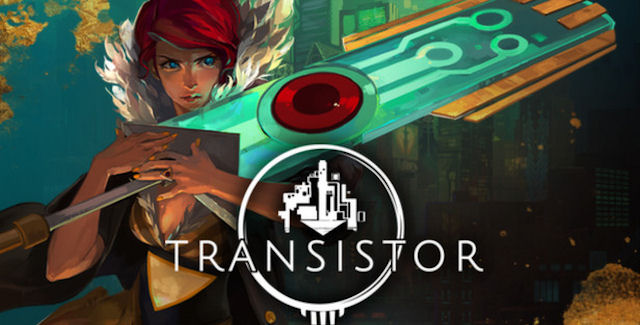 Our Transistor game walkthrough will guide you through the beginning to ending moments of gameplay with strategy tips for this action-RPG with turn-based strategy combat on the PC & PS4.

From the creators of Bastion, Transistor is a sci-fi themed action-RPG that invites you (as the famous singer Red) to wield an extraordinary weapon of unknown origin (called Transistor) as you fight through a stunning futuristic city.

Let’s start the Transistor walkthrough with an introduction video!

Please note that viewers must be at least 12 to watch, so no harm comes to those with innocent eyes. This game includes Violence, Mild Language.

Transistor seamlessly integrates thoughtful strategic planning into a fast-paced action experience, melding responsive gameplay and rich atmospheric storytelling. During the course of the adventure, you will piece together the Transistor’s mysteries as you pursue its former owners.

Welcome to the Transistor walkthrough! Doug & Rabid will be your voice-over commentators showing you around the game’s levels.

Next, we encounter the first boss fight of the game against Sybil Reisz.

As the Process spreads to 66% of Cloudbank, we find our way to Red’s Apartment.

The Spine will not retreat when confronted at sufficient altitudes.

The story so far explained: Transistor is about Red getting revenge on the Camerata group for trying to kill her (but only taking her golden voice) and her boyfriend, who as a result is now stuck inside the sword she’s carrying around. The hit is still out on her, so she’s constantly being hunted by the Camerata’s minions (called The Process) as you pick off each and every Camerata member down to the big boss (from Sybil Reisz, Royce Bracket, Grant Kendrell to Asher Kendrell).

Going to meet Asher Kendrell at his walled off Bracket Towers Top Floor.

Transistor Walkthrough continues on Page 2 with Part 6: To Fairview.