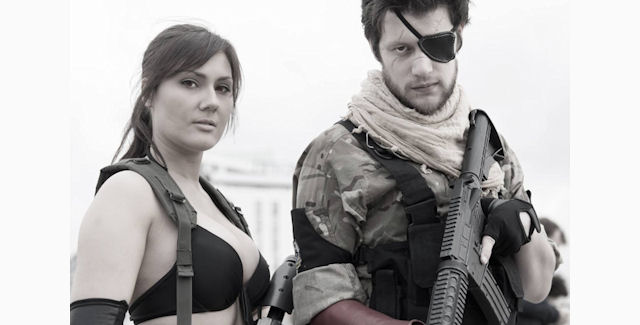 Scroll down this page to see the full gallery of photos from their photoshoot.

Here’s the Metal Gear Solid 5 image gallery.
Click on any of these image thumbnails to see the full-size cosplay photos: 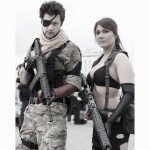 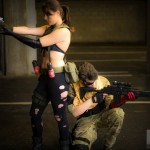 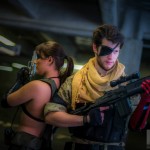 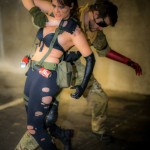 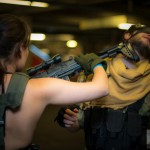 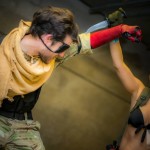 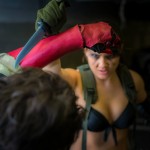 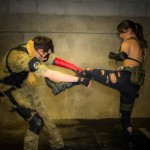 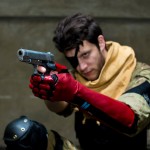 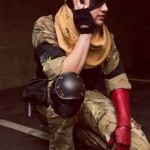 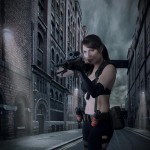 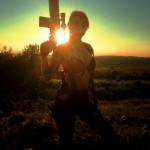 The UK cosplayers are: Aurore as the new heroine Quiet and Chris Locke as super-soldier Big Boss AKA Punished Snake.

They were invited by Konami UK & Europe to cosplay at a “Metal Gear Solid V: The Phantom Pain” pre-show Inside Gaming event during the 2014 BAFTA Games Awards. There the game’s creator, Hideo Kojima, was in attendance as well.

At 3:38 minutes into this video they are interviewed for TV (includes a Hideo Kojima interview too):

Next is a video tutorial by Aurore of how the Big Boss scar was achieved with special effects makeup:

Behind-the-scenes character making of Stefanie Joosten as Quiet with her 3D Scan and Motion Capture:

What do you think of this Metal Gear Solid 5 Cosplay?