Scroll down this page to see the full gallery of photos, in PlayStation 4 life-like graphics!

Here’s the Uncharted 4 image gallery.
Click on any of these image thumbnails to see the full-size cosplay photos: 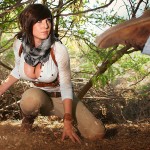 Are you excited for Uncharted 4? 😀 Taking place in the Tropical Rainforests of Madagascar and starring Natalie Drake! Wait… what? Who!? Find out what adventure awaits her in this series of photos… 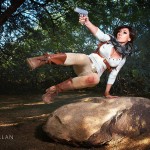 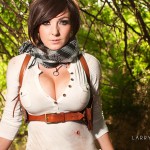 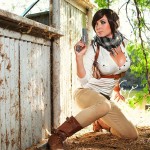 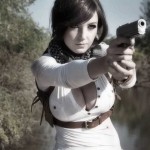 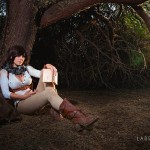 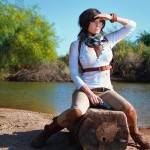 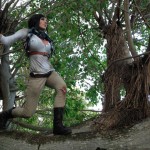 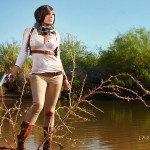 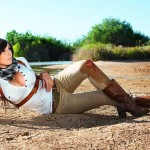 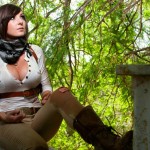 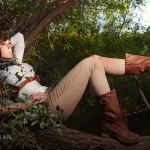 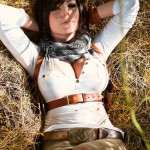 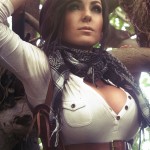 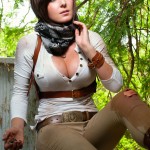 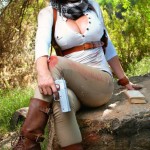 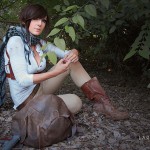 About The Cosplayer:
Jessica Nigri is an American cosplay celebrity who can often be found promoting video game & comic book companies at fan conventions as a host or model in cosplay outfits.
Her profile says: “Have fun. If you aren’t having fun, you are not doing it right.” and “Cosplay to me means friendship. It means finding other people who totally dig what you dig and getting along because of the intense amount of likeness between the different groups of people.”

You can see Jessica Nigri’s Uncharted cosplay & others in this Phoenix Comic Con video:

Uncharted 4 Info:
Naughty Dog’s Uncharted series is set to make a welcome return on the PlayStation 4 this or next year. Uncharted 4 started development in 2011 and its first gameplay footage will be shown at Sony’s E3 2014 keynote the first week of June. The cast has not yet been revealed… But the story will take us to the Tropical Rainforests of Madagascar and the nearby Pirate Island called Ile Sainte Marie that Sir Francis Drake visited on his sailing journeys.

What do you think of this Uncharted 4 Cosplay?