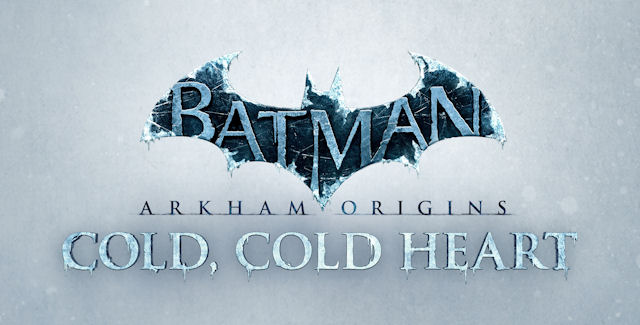 Our Batman: Arkham Origins – Cold Cold Heart walkthrough will guide you through the beginning to ending moments of gameplay with strategy tips for this action-adventure story DLC #1 on the PS3, Xbox 360 & PC.

In this extensive story add-on, players will unearth the tragic origin story of Mr. Freeze and learn how he earned his role as one of Batman’s arch nemeses.

Please note that viewers must be at least ages 13-16 to watch, in America & Europe respectively, so no harm comes to those with innocent eyes. This game includes Blood, Drug Reference, Language, Mild Suggestive Themes, Violence.

Developed by WB Games Montréal, Batman: Arkham Origins is based on DC Comics’ core Batman license and introduces an original prequel storyline set several years before the events of Batman: Arkham Asylum and Batman: Arkham City. Taking place before the rise of Gotham City’s most dangerous criminals, the game features an expanded Gotham City and showcases a young and unrefined Batman as he faces a defining moment in his early career as a crime fighter that sets his path to becoming the Dark Knight. As the story unfolds, players will meet many important characters for the first time and forge key relationships.

Note: Cold, Cold Heart will be available to buy for $9.99 on the PlayStation Network, Xbox Live online entertainment network from Microsoft, and Steam for PC players beginning April 22. This add-on pack will be available to players who have bought the Batman: Arkham Origins Season Pass and are connected to the Internet, or it can be bought separately. — This story add-on has been canceled for Wii U Season Pass buyers, who will be fully reimbursed.

Welcome to the Batman: Arkham Origins – Cold Cold Heart walkthrough! The game’s creators will be your voice-over commentators showing you around the game’s new areas and explaining the new features.

In this exclusive Batman Month bonus clip from DC All Access, you get an in-depth look at the new “Cold, Cold Heart” DLC. Creative Director Eric Holmes and Game Director Benoit Richer answer questions and give you your first look at the DLC’s gameplay.

This video guide will show off how Batman’s Extreme Environment (XE) suit comes equipped with new gadgets including the Thermal Gloves and Thermal Batarang.

Here’s the game’s opening that serves as an introduction to the new open world and weapons gameplay.

Ferris Boyle is kidnapped by Mr. Freeze, and Batman is back at it again to save the day (or night). New additions include the Thermal Batarang, XE suit, and the only subtraction is the glue grenade.

Thanks to Warner Bros. Games, AGB & XCV for the walkthrough videos.