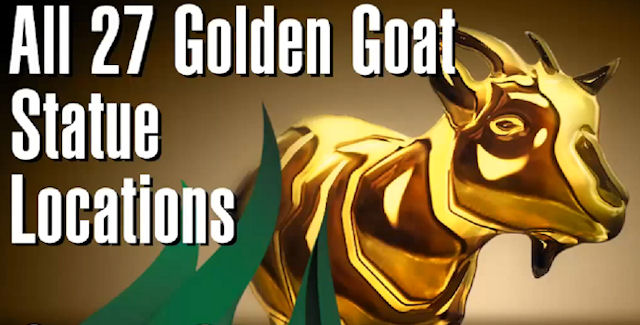 The overview for all these in-game Golden Goat Statues locations is shown below.

The Golden Goat Statues are shown in the video in random order.

PS: It’s been said that you receive godlike powers in exchange for collecting all statues.

This is a guide for getting all of the 30 new Golden Goat Statues in the new map “Goat City Bay” for Goat Simulator! – You get this new map if you do the free Goat Simulator 1.1 patch update.

There you go! All Golden Goat Statues in Goat Simulator are yours! 🙂

Huge thanks to Frosty & Chubby and Gamepedia for the guide video and tips.

Please comment if you have any additional Goat Simulator Golden Goat Statues location tips of your own, we’ll give you credit for it. – Thanks for visiting!