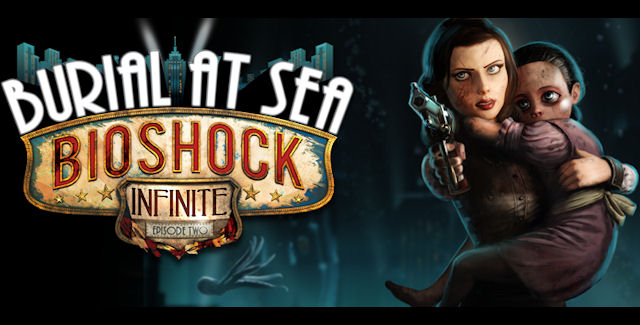 The BioShock Infinite: Burial at Sea Episode 2 walkthrough will guide you through the beginning to ending moments of gameplay with strategy tips for this first-person shooter game DLC on the PC, Mac, Xbox 360 & PS3.

Come back to Rapture in a story that finds Booker and Elizabeth on the eve of the underwater city’s fall from grace, quite literally on New Year’s Eve Pre-War 1958 Rapture. Get a taste of Rapture in its full glory, almost entirely built from scratch by Irrational Games in the BioShock Infinite engine.

Please note that viewers must be at least 18 to watch, so no harm comes to those with innocent eyes. This game includes Blood and Gore, Intense Violence, Language, Mild Sexual Themes, and Use of Alcohol and Tobacco.

Go behind-the-scenes of BioShock Infinite: Burial at Sea — Episode Two with creative director Ken Levine and the voice cast behind some of the major characters from both BioShock and BioShock Infinite…

Ken Levine, creative director of Irrational Games adds: “I think the work the team did on this final chapter speaks for itself. We built something that is larger in scope and length, and at the same time put the player in Elizabeth’s shoes. This required overhauling the experience to make the player see the world and approach problems as Elizabeth would: leveraging stealth, mechanical insight, new weapons and tactics. The inclusion of a separate 1998 Mode demands the player complete the experience without any lethal action. BioShock fans are going to plotz.”

Note: It’s an 6 to 10 GB download to play, depending on your game system of choice!

Welcome to the BioShock Infinite: Burial at Sea Episode 2 walkthrough! Rabid will be your voice-over commentator showing you around the second episode’s areas within 3 hours.

Tip: A well-aimed Gas Bolt can knock out an entire group of enemies.

Tip: Enemies who wear gas masks are resistant to the effects of Gas Bolts.

Tip: The quests associated with repairing The Lutece Device can be completed in any order. – The current objective can be changed on the Objectives screen (press the Back or Select button on controllers).

Find a replacement CO2 Scrubber to repair the Lutece Device.

With the Lutece Device repaired Elizabeth can travel back to Columbia to retrieve the Quantum Particle and go to Fink’s Lab.