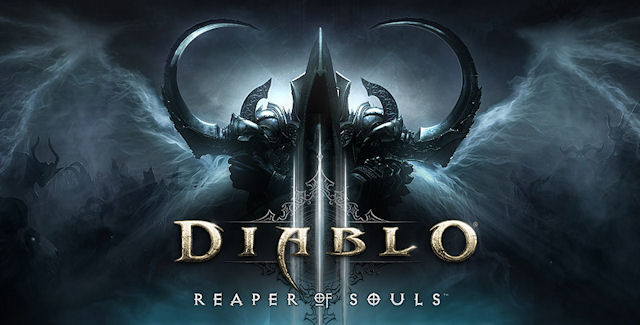 Our Diablo 3: Reaper of Souls walkthrough will guide you through the beginning to ending moments of gameplay with strategy tips for this Action-RPG on the PC, Mac & PS4. Diablo 3 & 25 GB of available hard-drive space are required to play the Reaper of Souls expansion pack on computers.

The Prime Evil rages within the Black Soulstone, its essence screaming for vengeance and release. Before the artifact can be sealed away forever, Malthael–Angel of Death–manifests in the mortal realms with a deadly new purpose: to steal the Black Soulstone and bend its infernal power to his will. So begins the end of all things…

Watch the full Diablo 3: Reaper of Souls walkthrough in 3+ hours, Chapter 1: The Fall of Westmarch starts at 4:30 minutes into Doug’s video! 😀

Please note that viewers must be at least 16-18 to watch, according to European & American ratings respectively, so no harm comes to those with innocent eyes. This game includes Blood and Gore, Violence.

The defeat of Diablo, Lord of Terror, should have given rise to an age of hope. Instead, it has drawn out a shadowy being of immense power, whose malevolent purpose is yet to be revealed. Diablo III: Reaper of Souls, the new expansion to Diablo III, opens a dark and terrifying new chapter in the ongoing conflict over the mortal realm of Sanctuary.

Malthael, the fallen Archangel of Wisdom, vanished after the events depicted at the end of Diablo II: Lord of Destruction. In Reaper of Souls, he returns as the Angel of Death and seizes the Black Soulstone, which contains the essence of the Prime Evil. It now falls to the players to track down Malthael and stop him before he unleashes irreversible havoc on the world.

Fortunately, a new hero is ready to join the cause and bring Malthael to justice — the Crusader. Driven by a centuries-long quest to cleanse the corruption blighting their beloved Zakarum faith, Crusaders are warriors of righteousness who have been hardened through relentless, brutal combat with the foul evils plaguing eastern Sanctuary. In addition to wearing immensely heavy armor and wielding a wide range of cruel and punishing weapons, this new playable class in Reaper of Souls uses battle magic to strengthen allies and weaken foes. A natural walking tank, the Crusader adds power and versatility to any party of adventurers.

In addition to taking the story of Diablo III from the legendary city of Westmarch to the unhallowed halls of the Pandemonium Fortress in Act V and introducing the incorruptible Crusader class, Diablo III: Reaper of Souls increases the game’s level cap to 70. Players continuing on with their existing Barbarian, Witch Doctor, Demon Hunter, Wizard, and Monk characters will benefit from an array of fearsome new spells and abilities as they advance in level.

The expansion also accentuates the key features of the Diablo franchise, with a greater emphasis on randomised environments to explore; epic new quests; horrific new monsters to defeat; and substantial updates to the loot experience, enabling players to further customize their characters with new and improved multilevel Legendary items, new Blacksmith and Jeweler item-crafting options, and more.

Diablo III’s Paragon progression system is also being majorly upgraded for the expansion, adding even more end-game character advancement and replayability. Two new game modes—Loot Runs and Nephalem Trials— are being added as well, providing fun and rewarding challenges for players to tackle when they’re not busy saving the world.

Let’s start the Diablo 3: Reaper of Souls walkthrough with an introduction video!

Welcome to the Diablo 3: Reaper of Souls walkthrough devided by chapter! Dennis will be your voice-over commentator showing you around the game expansion’s areas.

The return of Malthael, the Angel of Death, is nigh. Are you ready? Battle against Malthael and a host of deadly new enemies throughout the all-new Act V.

Tip: After you’ve completed the Act 5 Campaign, you’ll unlock the Adventure Mode. Go visit Adventure Mode, where you can explore the world of Sanctuary in an endless repeatable mode. Complete Bounties and open Nephalem Rifts to earn new rewards.

Thanks to Blizzard, Doug & Dennis for the walkthrough videos.