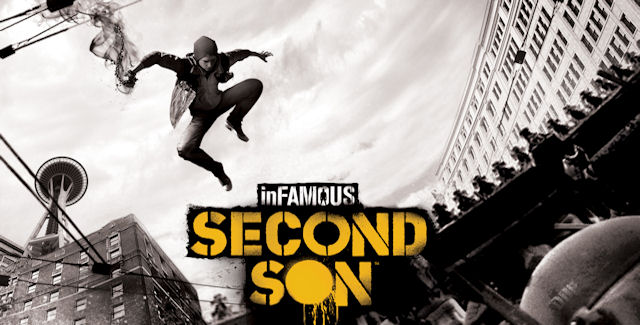 The Infamous Second Son trophies guide lists every trophy for this PS4 action-adventure game and tells you how to get and unlock them.

In the Infamous Second Son trophy guide we’ll show there are 48 Trophies (10 Hidden) that can be earned in the PS4 title. Earn Bronze (34), Silver (11), Gold (2), and Platinum (1) Trophies to increase your Gamer Level.

5. Everybody Out (Bronze) — Rescue 10 suspects from suspicion pens

10. What Did You Call Me? (Bronze) — Kill 10 obnoxious Akuran gang members

11. Someone Your Own Size (Bronze) — Rescue 10 escaped conduits from angry mobs

13. Kicking and Screaming (Bronze) — Finish off 10 wounded enemies or civilians

18. Nothing To See Here (Bronze) — Destroy half the D.U.P. security cameras

19. Blinded (Silver) — Destroy all of the D.U.P. security cameras

20. Inside Track (Silver) — Collect all the Informant Audio Logs

23. Coloring Inside the Lines (Silver) — Complete all the Stencil Art

25. Hello Operator (Bronze) — Complete Showdowns in half of the districts

26. Final Showdown (Silver) — Complete all of the District Showdowns in the city

28. Home Field Advantage (Bronze) — Clear the D.U.P. out of half the districts in the city

This can easily be done by using the Cinder Missile (Smoke Power). Fully upgrade this ability, so that you can carry five missiles. Consume smoke (marked with brown dots on the mini-map) to gain maximum missiles. Wait on a road until 5 cars are lined up in front of you. Now shoot each car with a missile in quick succession.

Location: There are lots of parking areas around the map. Cars spawn there randomly and sometimes you can find more than 5 parked vehicles in one location.

Requirement: This can only be done after beating the story!

You need to climb up the tallest building in the game, which is located in Uptown. The way up the building will be blocked until you reach the final story mission. After beating the final mission you need to return to this place in free roam mode.
Follow the same path you took during the story. You start by dashing through an air vent (Smoke Power) and then jump from platform to platform. Once you reach the top you need to consume Video Power. Use this power to glide up the final wall. There’s a satellite dish on the rooftop. Glide towards the satellite dish and you will be tossed further up into the air. Quickly use a double air surge (press Circle-Button twice in a row) and then hold down the Square-Button to perform a Comet Drop. You need to land on the street level! It is important that you dash forward far enough so that you won’t hit any obstacles on your way down. But you may not hold the Dash-Button for too long or you will get below 170 meters.

Method #1: During the “He Who Dwells” boss fight, stay on the Blue Portals that push you into the air for 45 seconds.

Method #2: This can also be done after unlocking the Video Power. It’s unlocked automatically during the second half of the story.
You also have to buy the “Airwave” ability from the Video skill tree. Go to the tallest skyscraper on the northern island. It is located in Belltown district in the north-eastern part of the map. (Or go to the G.O.P. Headquarters) Make sure you have the Video Power activated, climb up the building and fly into a satellite dish to be tossed into the air. Once you are in the air, hold down the X-Button to glide and immediately pull back the left stick. The Airwave ability will now kick in and you drop significantly slower. It will take well over a minute until you reach the street level.

You have to play through the story to unlock 3 different powers! There are four powers and they are marked with the following colors on your mini-map:

To change to a different power, simply consume the respective power source. Look for a single enemy, or kill a group of enemies and leave only one alive. Now shoot this enemy one time with each power and kill him.
If you have already cleared all areas of enemies you can still get this trophy! Simply wait for a DUP Raid (shown with red circle on world map) or look for a patrolling vehicle.

35. Double Smoke Stack Attack (Bronze) — Dash through two red air vents without touching the ground and then Comet Drop on an enemy

The red air vents can only be used while the Smoke Power is turned on. You need to dash through two of them in a row (without touching the ground) by using the Circle button. You may also use the glide ability by pressing the X button to navigate between the air vents. To use Comet Drop you need to hold down the Square button while in the air to attack onto the enemy below.

Location: This works best against large groups of drug dealers. They are marked with a blue syringe symbol on the mini-map. They spawn randomly, so you might need to run around for a bit. It doesn’t matter what karma you have. Even if you have maxed out your bad karma, the drug dealers will still spawn. They also do keep spawning after beating the story and after clearing out all D.U.P. of each district.

Simply throw a Sulfur Bomb at them (Smoke Power). The Sulfur Bomb is unlocked in the very beginning of the game and can be used by pressing L1. Once the bomb hits the dealers, wait for a second and Comet Drop on them. To perform a quick Comet Drop simply stand next to the enemies, jump in the air and then press Square. The more drug dealers there are, the better your chance of hitting 3 at once. Again, it’s random how many dealers there are and where they are located. A little jump from the street level will suffice.

Note: To make this easier, if you have good Karma you can also buy the upgrades “Corrosive Fumes” and “Giant Sulfur Bomb”. It’s not needed, but it will increase the duration and radius of the Sulfur Bomb.

38. Excessive Force (Bronze) — Use a Karmic Streak attack to defeat exactly one enemy

39. Sacrifice (Bronze) — Risk your freedom to protect those you care about

40. Ruthless (Bronze) — Look out for yourself, no matter the consequences

42. Malice (Bronze) — Get them before they get you

43. Courage (Bronze) — Stand up for the helpless

47. Justice (Bronze) — Expose the corruption of the powerful

48. Dominance (Bronze) — Show the world that nobody can protect them

Please comment if you have any Infamous Second Son trophy unlock tips of your own. Kudos will be given. – Thanks for visiting!