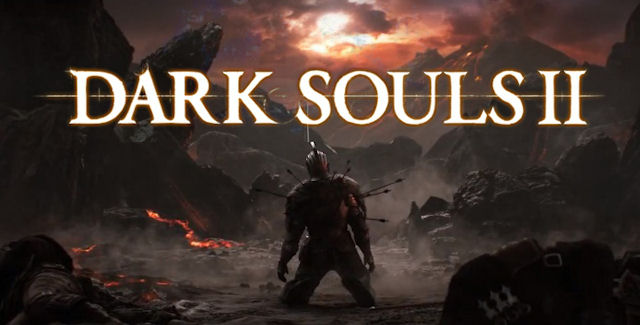 How To Unlock New Game Plus Mode

How To Unlock New Game Plus?: The New Game + option returns in Dark Souls 2, to unlock it you first have to finish the game by defeating the final boss. After you kill the final boss, you’ll get a prompt asking you if you want to continue your journey once again.

• By saying “Yes” you’ll start the New Game + mode, where you’ll encounter: greater challenges, once again face off against the game’s bosses all alone; while still carrying over your inventory from the first playthrough.

• By saying “No” you’ll still be able to play the game normally. And once you change your mind, you can go to the Far Fire bonfire in Majula and still choose the New Game + option.

• Yellow Quartz Longsword and Yellow Quartz Shield – A straight sword and small shield hardened with yellow quartz both uncovered at the bottom of the Iron Keep. Even though these items can break easily due to their high level of corrosion, they are exceptionally light and their power to inflict damage has not declined.

• Bound Hand Axe and Bound Wooden Shield – A brutal hand axe and shield found in the Undead Purgatory. Both items are wrapped in chains and thorns to cause additional bleeding on enemies. Both the axe and shield have diminished in overall slashing power but their ability to deliver pain has been deliberately increased.

• Homunculus Mace and Homunculus Wooden Shield – A mace and shield with spherical protrusions found in Aldia’s Keep. Although heavier-than-normal maces and shields, the hard protrusions greatly increase the striking power of the mace as well as the shield’s defensive capabilities.

• Transgressor’s Staff and Transgressor’s Leather Shield – A staff and leather shield entwined with an unknown and seemingly lackluster element; these items are found in the Dark Chasm of Old. They have become a catalyst for sorcery and hex, and they cause an effect known as Darkness.

During a Questions & Answers interview with Dark Souls 2 game director, Yui Tanimura, lots of gameplay tips are revealed. And you receive a behind-the-scenes look at the game’s development. Take a look at this video interview:

There are no Dark Souls 2 cheats on Xbox 360, PS3 & PC yet. So until they are discovered, we made the handy Dark Souls 2 guides listed above to help you with tips and tricks for the game!

Do you know of any Dark Souls 2 cheats or unlockables?
Let us know in the comments, you’ll get credit for finding out. – Thanks for visiting!