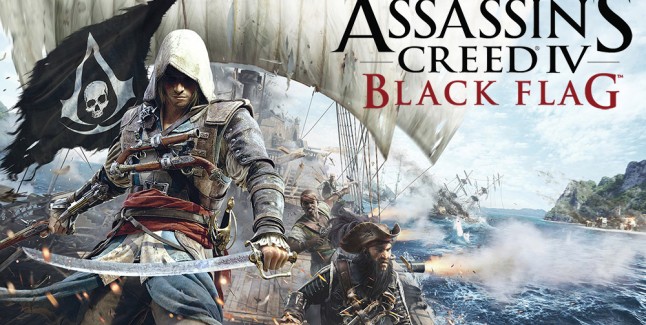 Take a look at my SPOILER-FREE AC4: Black Flag review, with a little message from the notorious pirates, Captain Charley the Crooked and One-Eyed Bart!

Fourth Game in the Series

So, for those of you that are new to the series I’m sure this thought has crossed your mind: They’re on the 4th numbered game already…I’d be so lost if I start with Black Flag 🙁

If you haven’t had that thought, than good for you, but either way, I’m here to answer the simple question: Could you play AC4 without playing any of the previous Assassin’s Creed games? The answer is, yes! Absolutely!

Don’t get me wrong, the previous Assassin’s Creed games all have some level of interesting aspects to them. I’ve never been a huge fan, but, I’ve always felt like I have to play them all. What can I say, they’re pretty fun. And Assassin’s Creed 4 is one of the most fun of the lot! Pirates…need I say more?

Ubisoft did a great job at introducing an AC title that is almost purely stand alone. The previous titles all had some kind of connection to their predecessor, but in this case, you start with a pretty clean slate! Of course, there are references here and there but nothing ground breaking. You might feel a bit confused at points, but let’s face it…Assassin’s Creed was always really good at confusing the lot of us. Don’t lie, you know you’ve had your share of “WTF?!” moments.

Is It Even Worth It? Well, read ahead, and I’ll help you decide. 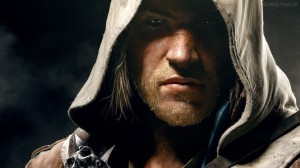 As you can see from the trailers, screenshots, publications, etc., you play a pirate named Edward Kenway. I won’t go into detail about his character because he goes through a lot of very interesting changes throughout the game which, for me, make him one of the most intriguing protagonists of the series.

Like all Assassin’s Creed games, the storyline is pretty much 2 plots telling 1 story. What I mean by that is, there is your present day storyline and your memory storyline. The memory is lived by the protagonist in the present day through a machine called the animus. The animus then takes you back to a specific point in history where you get to play the present day character’s ancestor! I told you it was confusing! No, in all honesty, it’s harder to explain in writing than it is to understand it the way the game presents it all to you. It all makes sense, I promise.

Assassin’s Creed 4, did introduce something new to this concept though. They introduced a new character for the present day storyline. And not only is this character new, he’s also pretty anonymous and you play them in the 1st person view. In the previous 5 games, it was always the same protagonist, Desmond Miles, and you controlled him in the 3rd person view. So, the change is pretty big in this game, but I honestly loved that change and feel like they should continue making the next AC games this way. I will say that if you are a huge fan of the series, this might be a bit weird for you but I felt that it not only made sense but also brought more focus to the memory storyline (Edward). Personally, the animus has always been my favorite part of the AC games. If you are a huge fan of the series and you’ve played AC4, let me know what you thought about that change in the comments below 🙂 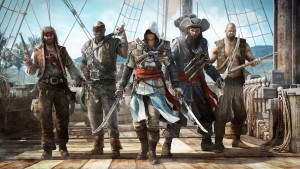 Apart from these changes, the game has pretty much stuck to it’s roots when it comes to the way the game maneuvers. But, again, the thing that makes this one stand out from the rest, for me, is the pirate theme. It was SO much fun sailing the open ocean on your awesome pirate ship, The Jack Daw, hearing your crew mates singing pirate shanties (I swear, you will be singing them for weeks), and just sitting around a table sharing an ale with some super cool pirate with a super cool voice. By the way, this game had amazing voice acting. Just saying.

The gameplay of all Assassin’s Creed games has never really changed when it comes to the mechanics of it, only the aesthetics. What I mean by that is, the setting changes but the template of the missions are usually the same. For example, in every AC game there are always “Assassination contracts” or you’ll always have a mission where you have to go spy on someone, tail them, and then kill them. Or Eavesdrop on a conversation. It’s always the same template, different setting. When it comes to the combat, it’s pretty much the same idea as well.

Combat has always been focused on timing and rhythm. For example, (X) will attack, (A) will break an enemy’s guard, and (B) will block. Depending on when you press these controls is how effective they will be, etc. So, the combat has become more fluid from the past games but it’s still the same type of combat as before. Aesthetically, what changes are the weapons the protagonist uses. Each protagonist has had their “trademark” weapon of choice, and their own moves that go with it. Edward though, has an overload of weapons. He dual wields 2 swords and can have up to 4 pistols. Not to mention all the fun gadgets on the side. I really loved the way Edward fought. He looked awesome with those 2 swords and those 4 guns always came in handy.

The naval system was so much fun. It was highly improved from AC3 and expanded as well. In order to move on in the story you need to upgrade your ship so that gives you reason to go pillaging and plundering for materials. You can also decorate your ship to a certain extent. This applies to Edward as well. You can upgrade his armor and change his appearance. Although, it was very disappointing when I realized that Edward really didn’t have any outfits that looked pirate-y. I wanted to have a huge hat with an epic feather in it…they had 1 mediocre hat…with no epic feather. I called it the Loaf of Bread outfit (the Legend outfit DLC) cause it looked like a loaf of bread. All brown and…bread-y…Don’t ask.

There were also some interesting online aspects to the game (non-multiplayer, although you could play with your friends if you want to). It was the Kenway Fleet. Some ships that you would attack, instead of destroying them for parts, you could save them and send them to your fleet. This was a pretty cool aspect of the game. You’d pretty much send your ships to go to different areas around the world to pick up supplies and you’d have to attack the enemy ships that were in those waters. It was pretty cool and it got you more supplies, money, and even items for your ship.

STORYLINE – 8
The story wasn’t amazing BUT I gave it an 8 because I was interested enough in the character of Edward, ESPECIALLY, since he is Haythem Kenway’s (AC3) father (don’t worry, that’s not a spoiler just a little tidbit of background). Also, again, pirates. I love ’em.

GRAPHICS/PERFORMANCE – 8.5
I played the game both on the Xbox 360 and the PS3 and I was very surprised to see that the graphics were just as good as the PS3’s graphics. There is really no distinguishable difference. The performance of both was pretty equal as well. Assassin’s Creed 3 was pretty notorious for it’s mission-breaking glitches (I swear I grew more grey hairs while I played AC3 than in a whole year put together), but I was very happy to see that AC4 was cleaned up very well. Glitches will always be found in video games, and lets be honest, some glitches are just absolutely hilarious BUT AC4 had very few, and none of them were mission-breaking. Sure, the graphics weren’t crisp clear like the PC or the next-gen versions but for the old-gen, I had no problem with the way it looked and/or performed.

AUDIO – 10
Again, the voice acting was spot on. Matt Ryan as Edward Kenway was great and very believable, Mark Bonnar as Blackbeard was ABSOLUTELY phenomenal (by far my favorite character in AC4), Ralph Ineson as Charles Vane…wow. That voice. Absolutely amazing. And so many more! Every awesome character had an even more awesome voice!

The soundtrack was extremely good as well. Lorne Balfe returned to compose AC4 (composer of AC3) and he did a great job at it. The music fit the time period and made a lot of the scenes feel that much more emotional/dangerous. To this day, I still hum the AC4 theme song every now and then 🙂

REPLAY VALUE – 6
This score is based on my personal preference, but if you are the type of gamer that enjoys playing online multiplayer than the replayability will be higher for you. I’m not that type of gamer, so, the replay value for me is not very high and it’s not lower because there is A LOT to do in the game. I can see myself going back just to try to continue looking for loot or battling epic ships that I never could take out but other than that, I doubt I’d go back to replay the full game. And, I played it twice already (Xbox 360 & PS3) only for review purposes.

FUN FACTOR – 10
This game is SO much fun. It was definitely one of my favorite games of 2013 and most of it was because of how entertaining it was. Add on to that the pirate theme and the huge open world and you will be spending countless hours just roaming the open ocean doing things like whaling, searching for lost treasure under the ocean, or taking a leap of faith and going up against high level ships (I swear you get to a point where you feel like you could take anything on…a lot of times, you can’t…but it was still fun!).

Overall, this game was extremely entertaining. It may start off a bit slow but don’t be put off. As soon as you get your pirate ship (doesn’t take long), you’ll be feeling free to roam an amazing world above and below land. Do I recommend Assassin’s Creed IV: Black Flag? Of course! It’s a great Assassin’s Creed title but an even greater pirate game. One, that I hope developers will be looking at for reference on how to make an awesome game about pirates. So, lowlands! Lowlands away me John!

Let me know what you thought of Assassin’s Creed IV: Black Flag in the comments below!