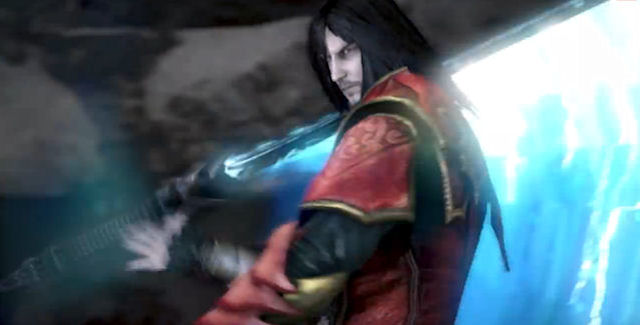 This official Castlevania: Lords of Shadow 2 weapons guide will show you which weapons you’ll be wielding and how to best use them to halt all enemies that dare stand in your way!

Note: The in-game weapons all get unlocked as Gabriel Belmont AKA Dracula progresses through the Castlevania: Lords of Shadow 2 storyline. The main 3 weapons you’ll get are the Void Sword, Chaos Claws, and Shadow Whip. Our antihero has learned a lot of new moves since the first game. Come find out what you’ll be using to dispense unholy justice…

Upgradable Weapons: Every weapon now has its own Skills Tree that you can level up with. For example, the Void Sword has 35 exclusive combos available to unlock. Additionally, by doing repeat combo attacks in the game Dracula will master that combo (the circular Mastery Container will fill up red), and once mastered by Dracula this combo power can be transferred into the weapon itself. Doing this from the in-game book menu will make the weapon more powerful by increasing the weapon’s Mastery Level; more powerful meaning you’ll gain extra abilities and increased damage!

Up first, the official Konami weapons guide that lets you discover the weapons and special abilities that Dracula will use in his missions. — As you’ll see, there’s a lot of focus on the brutal action of the Void Sword from Castlevania: Lords of Shadow 2. Tip: Once you have recovered the Void Sword’s Void Power, you can use the left shoulder button on your controller to activate the Void Sword to steal Life Points from your enemies.

The game’s creators at Mercury Steam take you through the gameplay and the features included in the new chapter.

Following that, we’ve got another main weapon. Check out how you can defeat your enemies with the burning clutch of the Chaos Claws. Grasp the power!

Lastly, check out the latest official Konami video and see Dracula’s vampiric abilities in action, which return during the course of the game!

• Void Sword: The “Void” powered weapon. Hit enemies with the blade to regain health.
• Chaos Claws: The “Chaos” powered weapon. Hit enemies’ shields with this pair of claws to break through enemy defenses.
• Shadow Whip: Replacement for Gabriel’s Combat Cross.
• Dracula’s Vampiric Abilities: 1) Turn into mist to pass through gates or enter certain areas. 2) Summon a flock of bats to attack enemies. 3) Take control of enemies and even animals. 4) Drink enemies’ blood to gain health or to channel it into “Void” and “Chaos” weapon attacks. (Works similar to the “Light Magic” and “Shadow Magic” system from the previous game.)
• Dracula’s Secondary Weapons AKA Relics: 1) The Seal of Alastor unlocks all of Dracula’s skills for a limited time. 2) The Stolas’ Clock (similar to the Stopwatch in the classic Castlevania game). 3) The Dragon Form (similar to the Dark Crystal in Castlevania: Lords of Shadow 1).

This video guide from the creators of Castlevania: Lords of Shadow 2 focuses on the combat, weapons and tactics of the game.

Lots of handy tips in this first unlockable weapons video, take a look at the weapons guide! 🙂

Thanks for the guide tips to Konami & IGN.

What are your favorite Castlevania: Lords of Shadow 2 weapons?