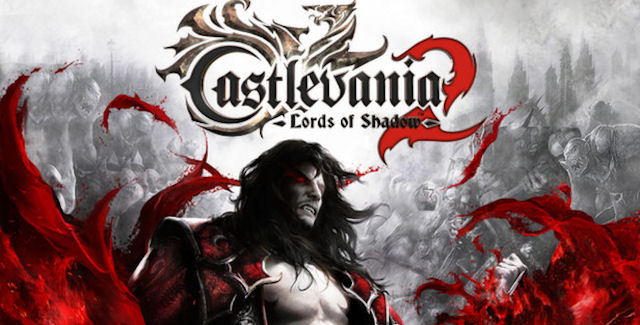 Our Castlevania: Lords of Shadow 2 walkthrough will guide you through the beginning to ending moments of gameplay with strategy tips for this action-adventure on the PC, Xbox 360 & PS3.

At the end of Castlevania: Lords of Shadow, the origin of Dracula and his legendary connection with the Belmonts was revealed. Castlevania: Lords of Shadow 2 is the sequel to that 2010 reboot of the Castlevania series. In it fans can expect thrilling new twists, action, adventure and challenges, as Dracula returns, this time to battle ultimate evil. Yet the dilemma is that he himself is greatly weakened and yearning for release from his immortal bonds. To succeed against the powerful threat he stands against, the vampire lord must reacquire his old powers – and only his castle holds the key. However, the famed Belmont clan also seeks his ultimate destruction in this shocking conclusion to the Lords of Shadow series.

Let’s start the Castlevania: Lords of Shadow 2 walkthrough with a story recap video!

Please note that viewers must be at least 18 to watch, so no harm comes to those with innocent eyes. This game includes Blood and Gore, Intense Violence, Language, Nudity.

“He who fights with monsters might take care lest he thereby become a monster.” ~ Friedrich Nietzsche

Castlevania: Lords of Shadow 2 is an action-adventure game which serves as the final chapter in Konami’s Lords of Shadow reboot of the classic Castlevania game series. The game revisits the actions of one-time member of the ‘Brotherhood of Light,’ Gabriel Belmont, in the previous game installment and details the consequences of those actions in the face of the rise of a familiar, ancient evil that only he has the ability to combat.

Castlevania: Lords of Shadow 2 returns in an epic adventure set in an open, modern day world. Fans of the series will play as Dracula for the very first time and uncover the shocking secrets behind the “Lords of Shadow” saga!

Dracula is resurrected once again, weakened and yearning for release from his immortal bonds. He is threatened by Satan, who has returned to bring about the apocalypse and ultimate revenge for his defeat all those centuries ago. Dracula must reacquire his powers of old and make a pact with Death in order to defeat the Devil, and gain his eternal rest.

Also seeking Dracula’s destruction is the famed Belmont clan who has entered Dracula’s Castle. Here lies the truth behind their mysterious ancestry. The fight between good vs. evil comes to a close as Dracula is faced with his nemesis, Satan, and his ancestors’ unyielding quest for revenge.

Welcome to the Castlevania: Lords of Shadow 2 walkthrough! XCV will be your pro player guide showing you around the game’s areas.

Let’s get started with a gameplay Tutorial.

Tip: You should unlock all the basic whip skills first. Remember that during combos you can now switch weapons to mix up the action with maximum power effect and to learn new combos.

Health Hint: Whenever Saints Tears drop — which happens a lot — instead of holding on to it, use it right away whenever needed because it fills up your whole health bar at once.

Tip: Outside of remembering key obstacles for when you later have to backtrack there; you would do well to remember you have a minimap with an objective marker to use for easy navigation around the game’s areas.

Note: Be sure to break everything you come across, as there’s loads of hidden goodies and Relics to find. Relics serve as Dracula’s Secondary Weapons, and include the Seal of Alastor, Stolas’ Clock, and Dragon Form.

Work-In-Progress: More videos coming as soon as they are available.

Thanks to Konami & XCV for the walkthrough videos.