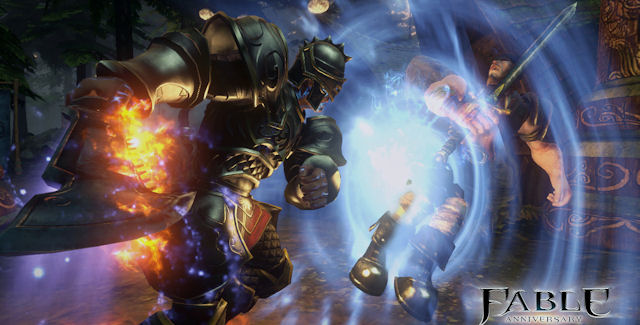 Official Description: “Worn by the legendary king of Archon in his youth as he led battles against all of Albion’s enemies. The armour’s pieces are made out of the remains of the last Platinum Troll to walk the land before becoming extinct, and is still the hardest substance known to man.”

How To Unlock This Legendary Armour: Silver Keys unlock the most powerful armor in the game. Archon’s Battle Armour can be found in the Necropolis silver key chest, which requires you’ve collected at least 25 silver keys to open it. — Find all silver keys in our Fable Anniversary Silver Keys Locations Guide.

This video guide shows where to find & how to unlock Archon’s Battle Armor:

Archon’s Battle Armor is made up out of 5 parts:

Archon’s Battle Armor is valued at:

Tip: If you don’t have enough Silver Keys to get the Legendary Armor, then you can still re-create a less armored version on your own…