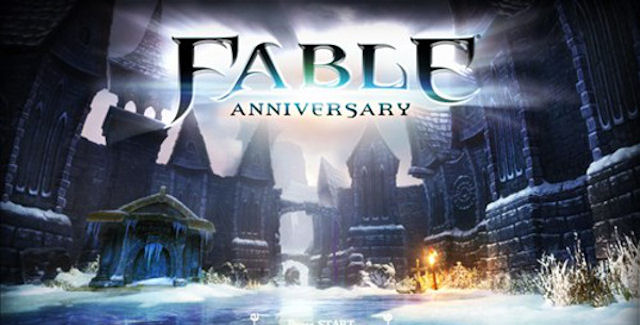 This Fable Anniversary money cheat for easy gold will show you how to collect quick cash by taking advantage of a glitch in the Xbox 360 action-RPG game.

Keep in mind that taking advantage of a glitch is not what the developers intended, and once you make easy and fast cash via a cheat, your amount of currency will quickly multiply and can definitely take away from the fun of “earning” your way to the top in the game properly. So if you really want to play Fable Anniversary the way it was intended, you’ll probably want to avoid this. Not to mention that things can go wrong when playing around with glitches. Although if you’re playing as a good person, this may be the most feasible method to earn gold. Still, use at your own discretion. It’s also possible that developer Lionhead may patch the glitch at some point in the HD remake.

The market exploit for selling items hasn’t been fixed from Fable: The Lost Chapters, since this is a direct HD remake.

Here are the steps to take for the money cheat:

To get gold fast in Fable Anniversary, you have to buy a large stack of items from a trader (for example: perfume from the shopkeeper in Oakvale) and then resell the stack for a profit. You must buy the entire stock and this does not work for every item at every trader. You can have good luck selling stacks of Health/Will potions at the Bowerstone South item trader. Definitely the fastest method for obtaining gold in the game.

This is the fastest way to make money in the first Fable game without hacking or glitching anything, it just requires a bit of starting gold, a level 4 Guile or higher, and Oakvale to be accessible. You can do this with other vendors that have high amounts of one item, but the video guide below will show it being done with potions at Bowerstone before Oakvale’s unlocked. In Bowerstone, the Knothole Glade is considered the best spot to buy gems as 100+ diamonds were found there, which is important because the more of the one item — and how much the item is worth — the more money you make.

Here is a video showing how to do the Fable Anniversary money cheat:

For example, you can get 73,728 gold from selling 817 Will Potions and 682 Health Potions and then buy them again. Doing this can create unlimited amounts of gold for your character to spend.

Another money tip! Here is a second method for making money in Fable Anniversary. The money cheat is as follows…

Here are the steps to take for the gold cheat:

Step 1: First off, buy the “lovely Marital Home” for 16,000 gold.
Step 2: Improve your house fully, via the signs in front of your new house, the more you improve it the more trophy’s you can hang inside your house.
Step 3: Next, break the door entrance to the house with your weapon. — As shown in the video guide, after entering the house you can mount two expensive trophies on the walls’ brown boards. How to do this? Stand in front of the brown wall-boards and push up on the D-Pad to go to trophy’s, and push right on the D-Pad to use said trophy.
Step 4: Exit the house to go back to the sign in front of it and “Sell your Marital home for 20,500 gold”.
Step 5: Then go back into the house and take the trophies down, so they are yours again. This is an important step, because it’s these trophies that make your house 4,500 more valuable each time you hang them and sell the house, only to come back and take the trophies back after your sale. Sneaky huh? 😆
Step 6: Once the trophies are back in your inventory, go back outside to the sign at the front of the house to re-buy the house again.
Step 7: Then repeat steps 1 through 6 until you have earned enough gold profit!

Here is a guide showing how to do the Fable Anniversary gold cheat:

Thanks to everyone for their cheats and tips! Keep them coming! Leave a comment and we’ll add it to this guide and give you credit. 🙂