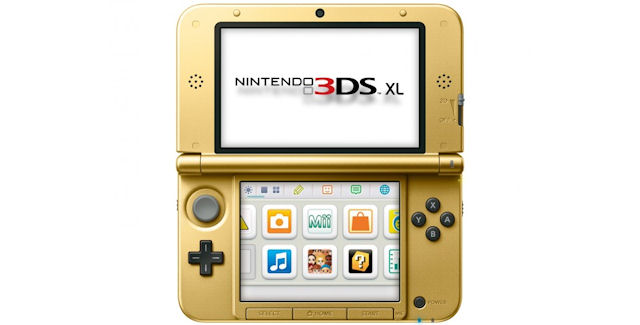 The newest NPD numbers are in, and so are the top lists of the highest selling game systems and games for December in America.

The multiplatform juggernaut that was Call of Duty: Ghost’s release was a major success selling $1 billion worth of games on day 1! Here’s the TV commercial filmed with live-action stars, including Riley Dog and Megan Fox.

Note: No PS4, PS3 nor PS Vita data was released for the month by Sony.

Microsoft’s new Xbox One console had the strongest debut (despite its week-late debut after PS4) in the USA, on account of distribution being prioritized to the country. Here’s the “Invitation” launch TV ad.

With the success of Grand Theft Auto V, the launch of Bioshock Infinite, as well as the continued popularity of the NBA 2K franchise, Take 2 Interactive was the top video game software publisher for 2013.”

– On Xbox One, U.S. consumers bought an average of 2.9 games per console (retail & digital) since the launch a month before. — The best selling games for the console are: Battlefield 4, Forza Motorsport 5, Dead Rising 3, Ryse: Son of Rome, Madden NFL 25, and Call of Duty: Ghosts.

– On PlayStation 4, consumers bought an average of 2.3 games per console (retail & digital) since the launch a month before. — The best selling games for the console are: Call of Duty: Ghosts, Assassin’s Creed IV: Black Flag, Battlefield 4, FIFA 14, and Killzone: Shadow Fall.

– On Nintendo Wii U, consumers bought an average of 5.2 games per console (retail & digital) since the launch a year before. — The best selling games for the console are: Super Mario 3D World, New Super Luigi U, Wii Party U, The Legend of Zelda: The Wind Waker HD, Pikmin 3, and Lego City Undercover..

About hardware he said: “December 2013 marks the fifth month in a row for positive combined physical video game sales across hardware, software, and accessories. The launch of PlayStation 4 and Xbox One drove console hardware sales up over 50% compared to December 2012.

Hardware sales of the Wii U were also positive with December 2013 marking its highest month for unit sales month so far.”

Sony added that they have “sold every PS4 available at retail in the US and were out of stock in December due to overwhelming consumer demand. With more than 4.2 million PS4 systems sold worldwide.”

About the yearly finances NPD reported:

“The full-year [hardware] sales in 2013 are down 2 percent to $12.97 billion. Breaking that number down, new platforms like the Xbox One, PlayStation 4, and Nintendo 2DS helped push hardware sales up 5 percent to $4.26 billion, while software sales slipped 9 percent to $6.12 billion. Accessories (which include Skylanders and Disney Infinity toys, as well as cards loaded with currency for online storefronts), were up 3 percent to $2.6 billion.

Overall industry [software] sales in December were up 2 percent to $3.28 billion. Most of that growth was attributable to hardware, which went up 28 percent to $1.37 billion. Accessories were also up 4 percent to $631 million, but most of those gains were offset by software sales that dropped 17 percent to $1.28 billion.”

Are the Top 10 games what you expected?