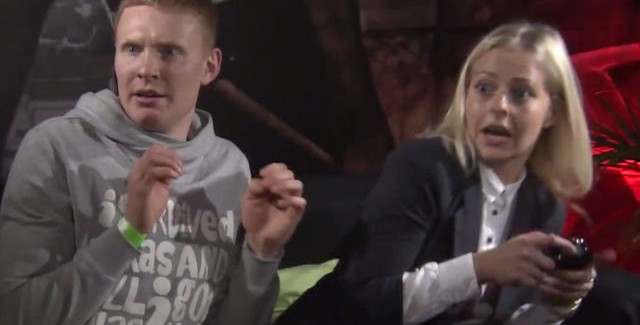 To quote Mr. Boyd about the prank setup: “I’m a big fan of Dead Rising 3 and zombies in general, so I talked to the UK Xbox team about an idea to give some people the ultimate DR3 experience. At the London Xbox One Tour event last month we built a fake VIP room, invited in some gamers, then gave them a zombie prank they’ll never forget. The results? Well, I’ll let them speak (or scream) for themselves… Enjoy!”

What would you do if the zombie apocalypse came to you? Microsoft setup some hidden cameras to capture what happens when you zombie-prank some unsuspecting people as they relax in the VIP Room with Dead Rising 3 on Xbox One.

Classic! Loving the screams this got! ^_^