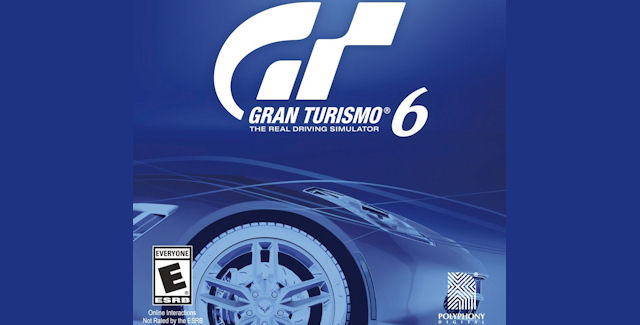 Our Gran Turismo 6 walkthrough will guide you through the gameplay with strategy tips for this racing simulator on the PS3 exclusively.

Having set the standard for the racing genre in the last 15 years, the fully refined physics engine of Gran Turismo 6 will create the most authentic true-to-life driving experience across more than 1200 vehicles on 33 locations with 71 different layouts.

Let’s start the Gran Turismo 6 walkthrough with an introduction video!

Please note that viewers must be at least age 3 to watch. This game includes Mild Lyrics.

The next stage in the evolution of the world’s most popular and comprehensive racing simulator is upon us. Gran Turismo 6, the latest installment in the highest-selling series, will reach stores this Holiday season. Known for blurring the lines between virtual and reality, the Gran Turismo series has revolutionized the racing genre in the last 15 years, allowing fans to drive the most prolific collection of cars on the world’s most legendary racetracks. Gran Turismo 6 takes the real driving simulator experience to a whole new level.

To quote: “It’s incredible to see what we have accomplished in the last 15 years, but we’re not done innovating yet,” said Kazunori Yamauchi. “Gran Turismo began with an idea that we could carve a new type of racing game that pushes the boundaries of realism while inspiring the devotion of car enthusiasts around the world. To see how the franchise has evolved since then into a true automotive brand fuels Polyphony to continue defining and transforming the genre with games like Gran Turismo 6.”

Gran Turismo 6 delivers the most complete and expansive racing game on any console. Highlights of the new game revealed by Yamauchi-san include:

Welcome to the Gran Turismo 6 walkthrough! Dave & Rob will be your voice-over commentators showing you around the game.

Hint: Gran Turismo 6 features a tutorial, which allows new players to jump straight in and start enjoying the game. When you start the game for the first time, you will receive a message from the Gran Turismo Association, asking you to enter your name. Once you have done so, you can learn about the basics of driving and how to proceed through the game by following the Association’s guidance. Note: Press the X button to close each tutorial message.

The default basic race controls are listed below:

Tip: You can change which controls have been assigned to which buttons/sticks by going to Options -> Wireless Controller -> Configure Controls. Please note that the horn, handbrake and windshield wipers are not initially assigned to any button or stick.

New tracks that you must race in Gran Turismo 6 are:

How To Unlock: Special Events are carefully crafted challenges that require drivers to do more than simply winning races. Each event progresses in a different way. Please follow the instructions for each event.

The Special Events that are available depend on the progress you have made in Career Mode. And just like in Career Mode, the aim is to achieve total mastery of each event!

How To Start: From the Gran Turismo 6 in-game “My Home” main menu move left until you reach the “Special Events” (written side-ways) section. As mentioned above, if you only see the “Goodwood Festival of Speed” event, you’ll first need to make more Career Mode progress. Then go back to that menu to find the second event unlocked, the “Lunar Exploration” and start it.

At the Dealerships, you can search for cars by manufacturer before purchasing them. After you select the Dealerships option, the available Dealerships will be divided into three broad categories: North America, Asia-Pacific and Europe. Use the directional buttons or the L1 button and the R1 button to select a Dealership. Select “Manufacturer List” in the top-left of the screen to directly find a specific manufacturer.

Once you’ve selected a Dealership, the cars they have available will be displayed. Use the sort criteria in the top-left to change the order in which these cars are displayed.

Recommended Cars are sub-divided as follows:

Here are all 1200 cars in Gran Turismo 6. It’s the Dealerships full catalogue in one video.