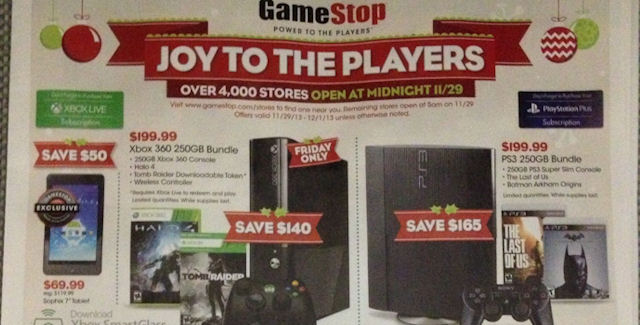 Considering there will be hundreds of deals on Black Friday, here are the full overview links:

As always the case at retail stores, expect the really good deals on game consoles, HD 3D TV’s (perfect for gaming right?), video game accessories, and cheap video games, to only be available in limited quantities at each store. – Stay tuned to their respective websites for even more online-only deals.

PS: I wouldn’t expect anywhere to have Xbox One or PlayStation 4 consoles in stock for long, new consoles are always a popular Christmas gift.

Have you seen any good deals on Black Friday video games?