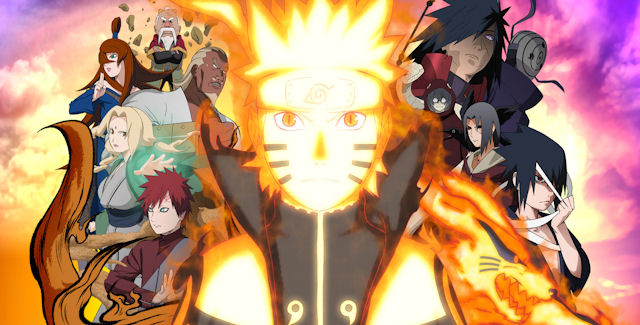 The latest issue of the Japanese manga magazine Weekly Shonen Jump has revealed Naruto Shippuden: Ultimate Ninja Storm Revolution! The fighting game was Announced for both the PlayStation 3 and Xbox 360.

Here’s a translation of what little info has been revealed in the page scan:

“Naruto Shippuden: Ultimate Ninja Storm Revolution officially announced on November 27, 2013 for the PlayStation 3 and the Xbox 360. It is currently set for a 2014 release. The game will have 100 playable characters, including new additions added to the roster drawn by Kishimoto himself. It is currently unknown if this game is supposed to be following the story line after Storm 3 or if it is supposed to be similar in form to Generations. More news is expected at the 2014 Jump Festa event in December 2013.” 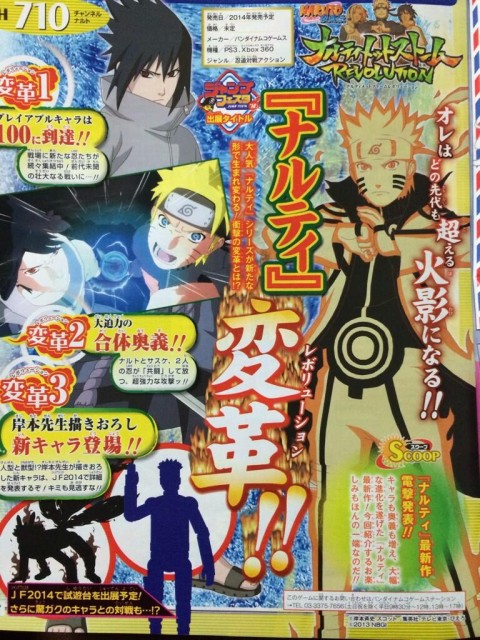 PS: Does anyone know why they keep giving these Naruto games longer and longer names? I’d be happy with “Naruto Revolution”. What’s next…

There’s no teaser trailer yet, but that will no doubt arrive with the upcoming Western release announcement from Namco Bandai Games.

In the meantime, here’s the preview video for Thursday’s newest Naruto Shippuden episode #340.

Scan by AGB; Translation by Wikipedia.

Are you excited for Naruto Shippuden: Ultimate Ninja Storm Revolution?