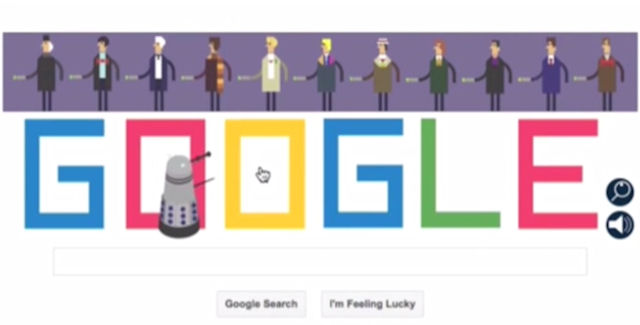 To celebrate the Doctor Who 50th anniversary, Google has turned its Google Doodle into an interactive video game for the day! 😀

Have fun with it while you wait for the epic Doctor Who 50th Anniversary episode to start!

To celebrate the 50th anniversary of the longest running sci-fi show, Doctor Who, Google has released a Google Doodle game.

Here’s Andrew playing from start to end through the Doctor Who Google Doodle Game.

Be sure to check out the epic Doctor Who 50th Anniversary TV show trailer.

I though this teaser for “The Day of the Doctor” was especially fantastic with all the Doctors!

Hope you’re having fun today. Shout-out to all the Doctor Who fans out there! 🙂