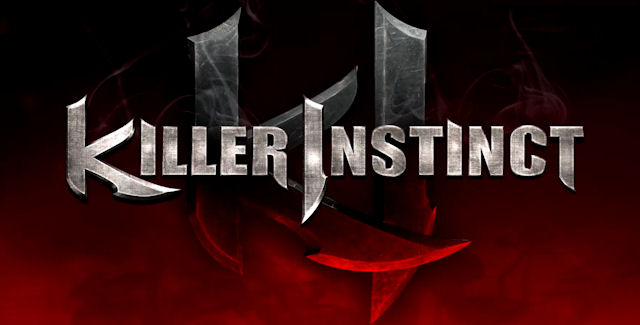 Our Killer Instinct 2013 walkthrough will guide you through the combo-filled moments of gameplay with strategy tips for this fighting game on the Xbox One.

The legendary fighting game franchise is back with next-generation visuals, over-the-top action, a wild cast of combatants, rocking reactive music, and C-C-C-COMBO BREAKERS!

Let’s start the Killer Instinct 2013 walkthrough with an introduction video!

Please note that viewers must be at least 18 to watch, so no harm comes to those with innocent eyes. This game includes Blood and Gore, Suggestive Themes, Violence.

In Killer Instinct on Xbox One you can choose from amongst a wild cast of combatants each with fluid animations, unique combat tactics, and flashy special attacks. Utilize an open-ended combo system to rack up huge combos as your opponent looks for openings to break you and turn the tides of battle. Go online and test yourself against players from all over the world, or brush up on your combat skills in detailed tutorials.

Question: How do I unlock all characters in the game?

Answer: Since the “Round One” base game only comes with Jago as a playable characters per Microsoft’s new free-to-play model, that means you’ll have to pay to unlock all 8 characters. To do this, buy Killer Instinct’s “Combo Breaker Pack” for $19.99, “Ultra Edition” for $39.99, or the “Pin Ultimate Edition” for $59.99.

The 8 characters you’ll unlock once one of the above listed 3 DLC packs is downloaded, are: Jago, Orchid, Glacius, Sabrewulf, Thunder, and Sadira. From the last two characters, Spinal doesn’t arrive until January 2014, and Fulgore will arrive last in March 2014. Those are the “Season One” DLC, with more character expected for purchase in “Season Two”.

Question: Where is the story mode?

Answer: At launch there’s no story Arcade Mode in the game, it will arrive in March 2014 as part of the paid “Season One” DLC. There’s still the Online Mode, Survival Mode, Training Mode, and the Dojo Mode to enjoy.

Question: After I bought the game, the stages & skins are still unavailable! What’s going on?

Answer: At the start of the game, the in-game unlockable stages, alternate character skins, taunts, accessories & more are locked. You have to unlock them by buying them from the in-game “KI Store” using KP (Killer Points) in their respective sections of the store. KP is received in-game for winning matches.

Here’s a KI Store video that shows you where to find the store in-game & what’s inside:

Question: Why are the classic skins from the “Ultra Edition”& “Pin Ultimate Edition” not in the game yet?

Answer: Classic skins become available later after the game’s November 22, 2013 launch date. They simply aren’t finished yet, but will be added to the game for you at an unknown later date.

Question: The Killer Instinct Classic remake isn’t showing up anywhere for me. Where can I get it?

Question: Where are the finishing moves from previous KI games?

Answer: There are no “No Mercy” finishing moves in the game.

Question: Why don’t my Achievements unlock?

Answer: If your Achievements are not unlocking, then you are playing the “Round One” free version of the game where Achievements don’t register. For Achievements to work, you’ll have to buy Killer Instinct’s “Combo Breaker Pack” for $19.99, “Ultra Edition” for $39.99, or the “Pin Ultimate Edition” for $59.99.

Welcome to the Killer Instinct 2013 walkthrough! Maximilian, a fighting game expert, will be your voice-over commentator showing you the game’s techniques.

Need help improving? You’ve come to the right place with tips galore!
This must-see voiced tutorial starts at 3:25 minutes into the video:

Tip for Beginners: Killer Instinct’s Dojo Mode explains how the likes of cross-ups and buffer frames work to help you understand the inner workings of Killer Instinct, and how to use them best to become a pro player. It’s a fantastic tutorial and comes highly recommended!

Here are the first 16 basic lessons in the Dojo with additional tips voiced by Arekkz.

Tip to Practice Better: In this mode go to the Display Options menu and turn on Display Hitboxes to learn the reach and effect of your moves.

Let’s jump into Practice Mode. It’ll help you figure out how and when the game’s moves work best

Next, take a look at Survival Mode where you must fight as long as you can until you die.

Work-In-Progress: More matches coming as soon as they are available.

Thanks to Microsoft, Maximilian & Arekkz for the walkthrough videos.