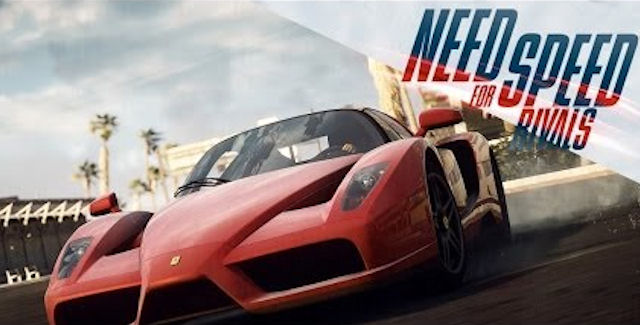 With the power of Autolog you can view your game progression, see your next unlocks, plan your next gaming session and interact with your Need For Speed friends away from the console. The features include:

• Compare and compete with your friends to be the hottest Rival in Redview County and experience a whole new way to play – OverWatch. OverWatch allows you to join your friend’s multiplayer world and interact with them from your mobile, tablet or the web to continue the Rivalry.

• Help your friends by refilling their nitrous, repairing their car and refilling their tech on the go, or choose to hinder them by deploying cop tech into their game, all in real-time. Progress through OverWatch by earning Speed Points and awards that allow you to unlock exclusive cars and liveries in Need for Speed Rivals.

• When you’re playing on your console you can also use Need For Speed Network as a second screen to view the world map, see where your friends are in Redview County and select which event you want to play next.

How To Edit Your License Plate

You’ll get the chance to visually personalize your currently selected vehicle by heading to Car Personalization and previewing or applying any of the following options: Custom Paint, Paint Rims, Stripes, Decals, Wraps and Liveries, and License Plate.

• About License Plate Customization: You’ll be able to set your licence plate background from pre-made selections and change your license plate text.

Note: Only Racer vehicles can be personalized with most options, with the exception of Licence Plates, which can be changed for both Cops and Racers.

In short: Go to any garage, go on the personalization tab and it should be all the way over to the left. As seen here…

Here are gameplay tips and other in-depth racing details from the creators of the game at Electronic Arts’ Ghost Games studio.

Pre-ordering Need for Speed Rivals from Origin and other retailers will land you the Ultimate Cop Pack:

• The Ultimate Cop Pack gives you access to an advanced Nissan GT-R Black Edition, along with an exclusive Cop livery, and early access to level 2 Cop gadgets.

• The Origin Digital Deluxe Edition gives you access to the exclusive Digital Revolution Livery for the BMW M3, a bonus allotment of banked Speed Points, and the Burnout Paradise Ultimate Box.

Get to GameStop in North America for the Ultimate Racer Pack:

• The Ultimate Racer Pack gives you access to the SRT Viper TA, the custom Colorful Dream livery, and a bonus allotment of banked Speed Points.
• The Ultimate Racer Pack is also available from Gamestop in Germany, Micromania in France, Game in Spain and the UK, 1c-Interest in Russia, EMPIK, GRAM, SKLEP, MERLIN, GAMINGSTORE, ULTIMA, MUVE, and GRYMEL in Poland, EB Games in Australia, and Mighty Ape in New Zealand.

Instead of Need for Speed Rivals cheat codes, Electronic Arts decided to make a “Time Saver Pack” DLC available for Xbox 360, Xbox One, PS3, PS4 & PC at a price of $9.99, which you can buy from the Autolog menu screen. This will help boost you along your Racer and Cop Progressions. Here is what the pack unlocks.

Once bought, your Time Saver pack should be automatically unlocked, without the need or any sort of console restart or other steps.

Do you know of any Need for Speed Rivals cheats or unlockables?
Let us know in the comments, you’ll get credit for finding out. – Thanks for visiting!