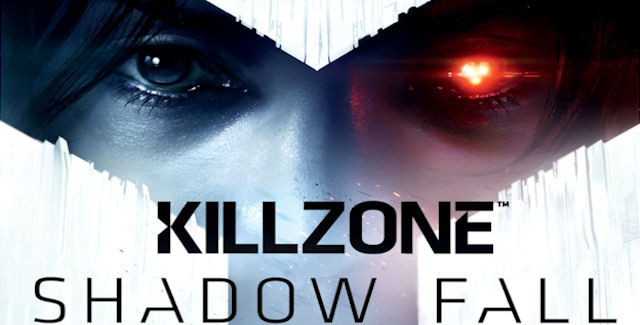 Our Killzone: Shadow Fall walkthrough will guide you through the beginning to ending moments of gameplay with strategy tips for this first-person shooter exclusively on the PS4.

Set thirty years after the events of the Killzone trilogy, the world of Killzone: Shadow Fall is a very different place. Forced together by circumstance, the two rival factions of the Helghast and the Vektans live side by side in a futuristic city, divided by a vast wall.

Please note that viewers must be at least 18 to watch, so no harm comes to those with innocent eyes. This game includes Blood, Intense Violence, Strong Language.

Killzone: Shadow Fall is the latest installment in the hugely successful Killzone franchise, developed exclusively for PlayStation 4, by Guerrilla Games. Thirty years after the events of Killzone 3, the world is a very different place, with two rival factions, the Helghast and the Vektans, living side by side divided by a vast wall.

In the midst of it all stands a Shadow Marshal, an elite soldier, the best of the best. As Shadow Marshal Lucas Kellan, you’re sworn to protect your home and the values you believe in. Maintaining the fragile peace is difficult when there is no trust between either side. A series of escalating conflicts puts you on the path of a Helghast intelligence operative named Echo, who fights for the same reasons but on the opposite side. Strive to uncover the whole story as the intense, immersive combat of the Killzone series is reborn on PS4.

See Killzone: Shadow Fall on PlayStation 4 running via remote play between a PS4 console and the PS Vita handheld, and learn how to do the Remote Play setup.

The developers at Guerrilla Games discuss exactly what making a PS4 launch game entails, and—more importantly—the ways in which the PS4’s potency and tremendous ease of development have dramatically expanded the kinds of creative possibilities and interactive experiences they can bring to the Killzone fans.

This tutorial details the combat abilities and equipment of the Shadow Marshal, and shows you how to put them to good use in Killzone: Shadow Fall. It also covers the Shadow Marshal’s personal combat drone, the OWL, and explains how to command it using the touchpad on the new DualShock 4 controller.

Here’s the Killzone: Shadow Fall introduction and the first chapter of the game. Ghostrobo will be your voice-over commentator showing you around the game’s levels.

Intro: Three decades after fleeing the devastation of their home world the Helghast refugees coexist with their human cousins on the planet Vekta. A great wall dividing the societies has made this unthinkable feat possible though the scars left by centuries of war are not easily forgotten — As Shadow Marshal Lucas Kellan youre sworn to defend your human brethren; but when a flashpoint brings you face to face with the mysterious and deadly female Helghast soldier Echo youll discover a new side to this ancient conflict and to yourself. Battle to understand the truth as the intense immersive combat of the Killzone series is reborn on the PlayStation 4 system. When the boundaries between right and wrong begin to crumble youll be forced to decide what kind of hero you really want to be.

Objective: Get to the safe side of the Wall that splits the planet in half.
– The first chapter begins in Vekta City, the New Helghan Sector, which since we’re human natives we have to get out of.

The start of Chapter 2 actually begins 20 minutes into the Chapter 1 guide above.

Objective: Board the ISC Cassandra to sabotage its research.
– Access the bridge to get the ship moving and set a course for the sun. This will prevent the defecting Doctor’s viral research from falling into enemy hands, while making it look like an accident.