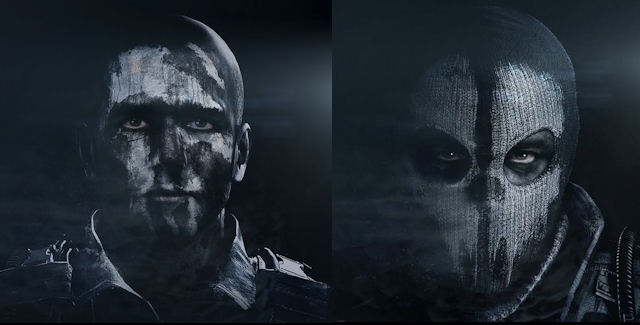 First off, Infinity Ward’s community manager Tina Palacios told OXM Magazine at a press event that Infinity Ward has “no plans at this time” for Call of Duty: Modern Warfare 4, claiming to be fully focused on the Ghosts Universe.

“Our focus and only focus is on Ghosts right now as it is, and we have no other plans at this time.” -Infinity Ward Community Manager

To quote her full answer when asked about sequels:
“With the storyline, we knew that we wanted to end the Modern Warfare franchise, and we wanted to go in a new direction. I can say that our focus and only focus is on Ghosts right now as it is, and we have no other plans at this time. When we were creating Ghosts, we really got inspired by Ghost from Modern Warfare 2, just by how he looks.

It made sense for these soldiers we have in Ghosts who want to hide their identities would have the same masks and face paint. I think it would be safe for me to say that just knowing the characters from our previous games didn’t have a backstory, that’s what really pushed us forward. We thought we need to really establish that.”

The developer has continually made a point out of saying to press that they wanted to create a more story-driven Ghosts Universe, as the Call of Duty series moves into the next-generation console race.

Secondly, here’s the final scene and ending in the story campaign of Call of Duty: Ghosts that leads into a sequel hint.

There’s a small scene in the post credits of Call of Duty: Ghosts (that is included at the end of the video), which hints at a continuation of this Ghosts Universe storyline into a direct sequel with Logan still alive in a jungle pit, but undergoing the same torture brainwashing as Rorke. To be continued in Call of Duty: Ghosts 2?

I imagine we’ll see the return of the brothers David “Hesh” Walker VS. Logan Walker.

You can watch their full story breakdown and ending discussion in the video below, if you’ve already finished the game or if you don’t mind story spoilers.

You can read more about what Infinity Ward has to say in the OXM interview.
Video credits: XCV & Noah.

What are your suggestions for Call of Duty Ghosts 2?