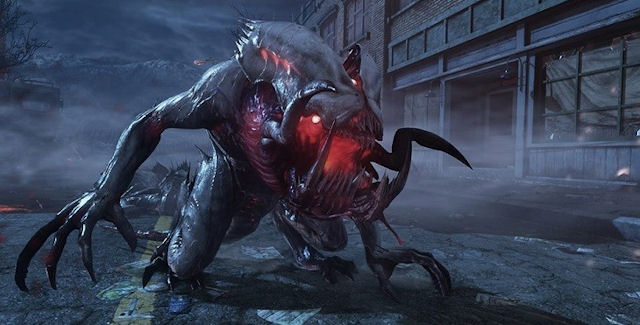 Let’s take a look at some fun Call of Duty Ghosts easter eggs! They can be found if you know where to look! 🙂

Easter eggs have been confirmed for Call of Duty Ghosts. Watch footage of them all below.

Did you know you can hypnotize an alien in the new Extinction mode?

Pick up the Hypno Knife on the balcony of the Gil’s Lodge Motel, then throw this hypnotizing knife at an alien to turn it into an ally. It’ll follow you around like a pet and protect you from other aliens!

There’s a funny quote from Monty Python in Call of Duty: Ghosts.

During the singleplayer campaign when a teammate gets shot Merrick will ask “Are you alright?”, at which point the teammate will reply: “Yeah, it’s just a flesh wound.”

Here are the locations of Zelda and Doctor Who easter eggs in Call of Duty: Ghosts.

During the singleplayer campaign, in the middle of the “Federation Day” Mission after you enter the “CARANI” door, you can see the following…

In multiplayer there’s an invisible ladder that leads to a secret hiding spot with a teddy bear.

This video shows where the easter egg is at the center of the “Flooded” map during a Team Deathmatch.

When playing Extinction Mode, before placing the drill go to Gil’s Lodge Model and use a sniper rifle to shoot the letters L, O, and then L again of the word “Lodge”. An on-screen message will confirm you’ve activated the “LOL” (as in Laugh Out Loud) easter egg. Now every time once you start drilling and kill an alien, the alien will explode into green alien teddy bears!

Discoveries made by Noah, GamerTutorials & RSP.

Have you found any Call of Duty Ghosts easter eggs?