How To Unlock All Batman Arkham Origins Costumes 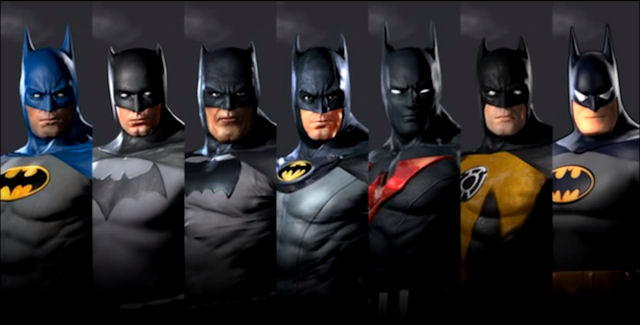 Below we’ve listed the secret costumes. Take the following steps to unlock each one, and soon all unlockable costumes in the game will be available to you. 😀

How To Unlock All Batman Arkham Origins Costumes

Tip: You can switch Batman’s costumes out in the Batcave’s Batsuit Chamber!

PS: The iOS mobile game, also called “Batman: Arkham Origins”, contains two exclusive unlockable costumes that can be obtained through gameplay. They are called the Batman Earth 2 Dark Knight Costume & Batman Red Son Costume, but it’s unclear if those can be transferred to the console versions.

Here’s an official trailer for the “Knightfall Pack” DLC:

Here’s an official trailer for the “Deathstroke Challenge Pack” DLC:

Here’s a video showing all the costumes in the “Season Pass” DLC:

Thanks for the tips to Warner Bros. Games, XCV, Lilmattif & RyRy. Please share if you’ve found any other new costumes.

Have you gotten your favorite Batman Arkham Origins costumes yet? Which are they?