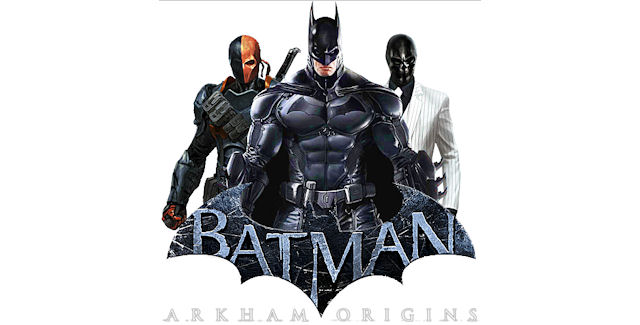 Let’s take a look at some funny Batman Arkham Origins easter eggs! They can be found if you know where to look! 🙂

Easter eggs have been confirmed for Batman Arkham Origins. Watch footage of them all below.

Zatanna’s poster can be found on a wall in The Bowery at the Monarch Theater, promoting Zatanna’s Amazing Magic Show performance.

A Green Lantern reference is made in a Ferris Aircraft billboard, which can be found on a billboard in the Industrial District. Ferris Aircraft is the company that Hal Jordan flies jet fighters for.

The Flying Graysons poster can be found on a wall in The Bowery at the Monarch Theater, promoting a Haly’s Circus performance. The Graysons are of course Robin’s then-still-alive parents.

Looks like the Batman has been busy collecting evidence to support the existence of Red Hood. The evidence board can be found in the Batcave, to the right of his computers.

Here’s a small reference. One of Wonder Woman’s main enemies appears on a Veronica Cale-Anderson billboard in Gotham City.

Superman’s hometown Metropolis as well as The Flash’s hometown Central City can both be seen (together with Green Lantern’s hometown Coast City) on a Gotham City travel destinations board.

Green Arrow’s, or rather, Oliver Queen’s company Queen Industries logo makes an appearance on grey shipping containers, that you can see around Gotham City.

A small reference is made to Booster Gold through the appearance of the 25th century Blaze Comics. The comic is what eventually drives him to become a gadget-powered superhero and travel back in time.

Clayface’s poster can be found on a wall in The Bowery at the Monarch Theater, promoting Basil Karlo’s Funny Faces performance.

Before Two-Face there was Gotham D.A. Harvey Dent, who makes an appearance in on a newspaper headline about him being elected D.A. Can be found at the start of the game.

In the first chapter of the game news reporter Vicki Vale is seen having been put in a jail cell, along with her camera crew and prison guards, by Gotham Penitentiary rioters. When Batman approaches her cell she’s reacts shocked.

In the first chapter of the game as Batman enters the Gotham Penitentiary, you’ll be able to enter the Calendar Man murderer’s jail cell. You’ll recognize it, naturally, from all the calendars inside. (Super smart idea from the prison guards, by the way, to give hundreds of calendars to an obsessed murdering psychopath who calls himself the calendar man.)

Look around in the Batcave and you’ll find an unfinished Batmobile with tarps partially covering it up.

Visit the Crime Alley where Bruce Wayne’s parents were murdered. Turn on your Detective Vision and you’ll find their chalk outlines on the ground. This location later in the story makes an appearance in Batman’s dream sequence as well.

Saved The Joker easter egg till the end of the page, since it’s obviously a spoiler to those who haven’t finished the game yet.
Near the end of the game when you must fight The Joker, the game requires you to punch him… do not punch him for a while and he’ll start dancing around like the crazy lunatic he is! That is, until you get sick of it and punch him to end it. 🙂

Have you found any Batman Arkham Origins easter eggs?