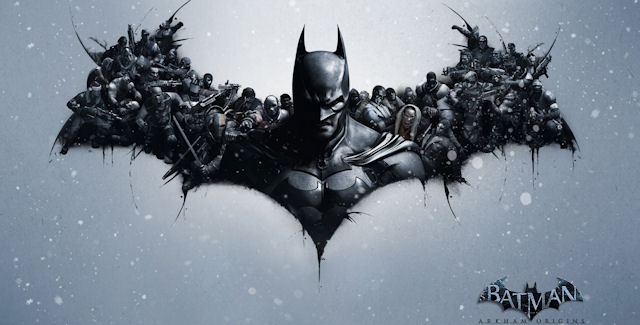 The Batman Arkham Origins achievements guide lists every achievement for this Xbox 360 & PC action-adventure game and tells you how to get and unlock them.

There are 50 Achievements (6 Secret) with a total of 1,000 Gamerscore points to earn in the Xbox 360 and PC versions.

Tip: Aside from all the other locations guide referenced on this page, the other remaining collectible items can be found in the Batman Arkham Origins Cyrus Pinkney Journal Pages Locations Guide.

6. The Innocent and the Predatory (25G) — Capture all of Black Mask’s Assassins

Timeline in minutes for all Combat Training Medals in the below video guide:

16. Perfectionist (20G) — Obtain all the medals on Custom maps in Challenge mode

This can easily be done in the first combat challenge “Intensive Training”. Enemies won’t have armor or shields in this challenge. Play till round 4, so there are enough enemies to build up a x50 combo. There’s a very easy trick to never get hit. Land one standard strike, then jump over an enemy and repeat. None of the enemies will be able to hit you. It takes a little longer than countering and fighting the normal way, but it’s much safer and easier to do. Do not perform any combo attacks or finishers, so the enemies will stay alive longer.
If you have already unlocked the Shock Gloves you should activate them to get a x2 multiplier with each hit.

These two achievements can easily be done together. The earliest chance and one of the best places to get this done, is in the mission where you need to track down Penguin on his ship. It’s one of the first main missions in the game. After your encounter with Tracey (Penguin’s Assistant) and her goons, you will get to the first predator room in the game.
Stay crouched, sneak up to an isolated enemy and press Y on your Xbox 360 controller for a silent takedown. Do this to all 6 enemies in the room, without being noticed. You will still have plenty of chances after that, so don’t worry if you are already past this point. However, you should definitly do this before finishing the story. After completing a predator room, the enemies won’t respawn.

22. Point to Point (10G) — Glide across Bridge without touching ground

To get this achievement you must use the Grapnel Gun and glide across the Gotham Pioneers Bridge. That’s the big bridge connecting the south and north of Gotham City. You can do this at any point of the game while being in free roam (even after finishing the story). No upgrades are required. Start at one end of the bridge and keep shooting your Grapnel Gun at the wires to stay above ground. After shooting the Grapnel Gun, you must also activate the Acclerator by pressing double-A on your Xbox 360 controller to avoid touching the wires. You may not land at any point while crossing the bridge! If you do, you have to restart.

23. Around the World (10G) — Use the Batwing to travel to all Fast Travel points

Important Note: This Achievement is missable! Miss it and the only way to get it is to restart the Story Mode.
Shiva is one of the Assassin’s on the Most Wanted list. After playing through the story, go to the Gotham Merchants bank in “The Bowery” district. The starting point of Shiva’s quest is not marked on the map. Listen for a crying baby and inspect the abandoned baby buggy in front of the Gotham bank to start this quest. You will now have to complete a series of tests for Shiva. It doesn’t matter if her ninjas or other enemies hit you while doing this. After completing everything, meet up with her in Sheldon Park (marked on your map). You must complete the fight without taking any damage. One good tactic is to jump, hit an enemy once and jump again. When jumping, the enemies won’t have a chance to hit you. In the last phase you should activate your shock gloves to take out the enemies more quickly.
Note: In case you are being hit, pause the game and choose “restart” to try it again.

Important Note: This Achievement is missable! Miss it and the only way to get it is to restart the Story Mode.
You will fight against Deathstroke during a story mission, relatively early in the game. Everytime he attacks, you must press Y on your Xbox 360 controller to counter.
Also attack Deathstroke with Batman’s normal strike. Doing so might initiate a QTE where you need to press the counter-button when it’s displayed on the screen. If you press the button too early, or too late, your counter attack will fail and you will get hit.
In case you are being hit, pause the game and choose “restart”. The entire fight will start from the beginning and you can try again.

There are 5 different gadgets that you need to use. They are all unlocked automatically while playing through the story. The following gadgets have to be used in one combo, without ever losing the combo multiplier:
1. Batclaw Slam — Xbox 360: LT+Y, X
2. Explosive Gel — Xbox 360: LT+X
3. Concussion Detonator — Xbox 360: LT+B
4. Glue Grenade — Xbox 360: RT, RT
5. Batarang — Xbox 360: LT

28. Medalist (40G) — Obtain all medals on the original Ranked Maps in Challenge mode (as Batman)

29. Olympian (40G) — Obtain all medals on the original Campaign maps in Challenge mode (as Batman)

32. Give Them Something to Believe (50G) — Complete New Game Plus

33. Predator Paragon (25G) — Take down 6 different Elites in a match, using 6 different methods as Batman or Robin in multiplayer

37. Clutch (15G) — Kill a Hero to bring back your entire gang when at 0 reinforcements on a full multiplayer server

38. Tales of Gotham (25G) — Win a round of each map with each faction in multiplayer

39. I Like Those Odds (25G) — As a Hero, defeat 4 Elites within 40 seconds without using melee in multiplayer

43. Know Thy Enemy (25G) — Defeat each of the enemy players at least once in a multiplayer match

Special thanks to Powerpyx & iNTiMiDaTeGaming for the tips & guide videos.

Please comment if you have any Batman Arkham Origins achievement unlock tips of your own. Kudos will be given. – Thanks for visiting!