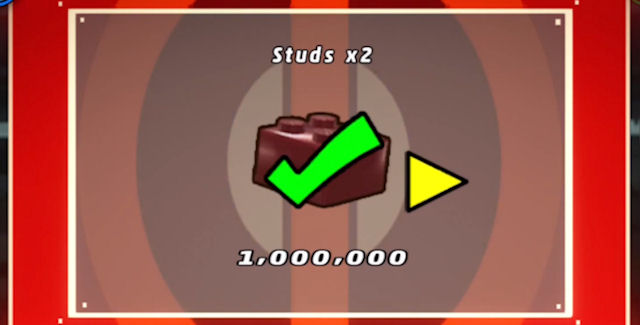 These Lego Marvel Super Heroes money cheats will show you how to collect quick cash by taking advantage of easy money tips to increase your Studs count in the PS3, Xbox 360, Wii U, PC, PS Vita, 3DS, DS, Xbox One & PS4 versions of the action-adventure game.

This first video shows where on the SHIELD Helicarrier you can keep farming Studs:

Below we show you step-by-step how to get easy money by multiplying the Studs you collect! 😀

REQUIREMENTS: You’ll need to find, buy and activate at least 1 out of the 5 “Studs Score Multiplier Red Bricks” to get the needed extra Studs. — The 1st of 5 Red Brick that increase your money (named the “Studs Score Multiplier x 2” Red Brick) is already unlocked for you from the very start of the game, without having to find it. All you have to do is go to Deadpool’s room on the SHIELD Helicarrier and buy it for 1 million Studs, or use the cheat we’re about to give you to get it for free.

Deadpool’s Room Location Take any of the blue colored Vehicle Call-In Points in the game’s New York City overworld hub and let it bring you to the flying SHIELD Helicarrier. When you’re on the SHIELD Helicarrier, take the elevator down into the main room. There you’ll go through the door to enter a hallway to the central Control Room area, where you can go through a door on the left side. There you’ll find Deadpool’s room, it’s the first door on the right, the one with the pink neon sign. When in doubt, take a close-up look at the map once you are there (press Select).

Cheat Code Unlock: While you’re playing, pause the game, to enter codes from the Main Menu by selecting “Extras” and then “Enter Code” using this cheat: UZFBG4. Whether you buy a Red Brick or use the cheat, either way it will unlock new in-game money cheats, that you can then activate via the game’s pause menu.

STEP 2: After you’ve bought the first score multiplier Red Brick, they will become increasingly expensive (they cost 1, 2, 3, 4 to 5 million Studs). So after you buy the first “Studs x2” Red Brick (or get it for free using the cheat mentioned above) you should activate it right away as you play through the Story Levels, and the following Deadpool Bonus Missions shown in our Lego Marvel Super Heroes Walkthrough that contain the Red Brick locations you need to find (to then unlock the money cheats)… And if you have enough money at this point (after finishing the game) you should be able to buy all 5 of these “Studs Score Multiplier” Red Bricks and activate each cheat after you buy it.

STEP 4: You can increase your Studs total at the SHIELD Helicarrier by smashing stuff (like consoles and boxes) into Studs as you walk the decks. This is like farming Studs, because if you keep going up and down in the elevator/lift, then the consoles and boxes on the deck will re-appear! So you can keep smashing them for more Studs!

STEP 5: Now repeat the previous step over and over (or play the game as you normally would) to get lots of money! Then you can use that money at the Vehicle Call-In Points to buy all the vehicles and characters you want. 😀

Here’s the guide showing you how to do the Lego Marvel Super Heroes money cheat.

The guide begins at 1:57 (about 2 minutes) into the video and explains how to use the map to find a Vehicle Call-In Point, to in turn get to the flying SHIELD Helicarrier. And from its deck, how to get to Deadpool’s room where you can unlock the money cheat Red Bricks (by buying them on his TV). And finally, how to activate these money cheats using the in-game menus.

This next video guide shows where to find all 5 Score Multiplier Red Bricks in the game:

Credits for the discovery go to Brian, Matt & Joe.

If you have any more Lego Marvel Super Heroes money cheats or tips, please leave a comment and we’ll add it to this guide with credit to you. 🙂