Home » Guides » 3DS Guides » Pokemon X and Y: How To Get Xerneas

Pokemon X and Y: How To Get Xerneas 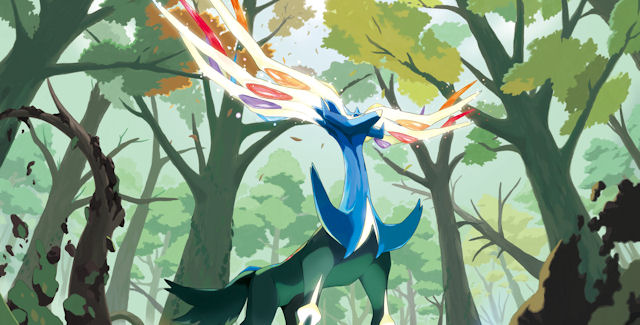 Here you find out for Pokemon X and Y how to get Xerneas! Xerneas is a Pokemon X and Y special hidden/secret Legendary Pokemon who can not easily be captured within the game; Which makes it a rare Pokemon.

Pokemon X and Y: How To Get Xerneas

Pokemon X players can get a special Xerneas, as it is the mascot of that game. It is a Fairy-type Legendary Pokemon, which cannot evolve.

This Level 50 Life Pokémon has the Special Ability Fairy Aura* and its exclusive move is Geomancy, a solid foundation of moves to start Xerneas’s growth.

• STEP 1: Go to Geosenge Town and travel to the top area where the crystals and Team Flare grunts are, then go into the cave door entrance to the Team Flare Secret HQ.
• STEP 2: First, go fight Lysandre and then six of his grunts. Second, go battle the four grunts in the basement of Team Flare Headquarters (to stop them from using the ultimate weapon) before you can reach Xerneas.
• STEP 3: As your battle against Xerneas begins, right away throw one Master Ball at it for an easy catch, since it always catches a wild Pokemon!

ALL 3 STEPS are shown in this video guide. Press play and it will show you with voice-over tips how to get Xerneas in Pokemon X:

Special thanks to Pheonixmaster for the voice-over video guide with all the handy tips!