Pokemon X and Y: How To Get Mewtwo 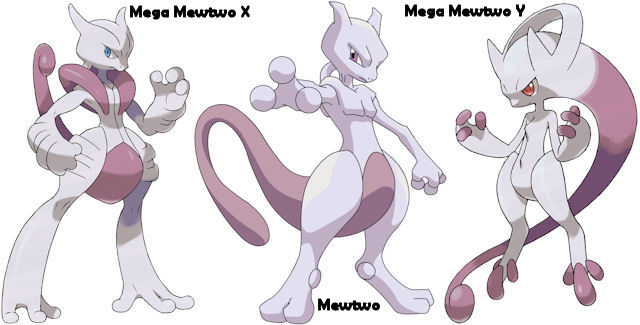 Here you find out for Pokemon X and Y how to get Mewtwo! Mewtwo is a Pokemon X and Y special hidden/secret Legendary Pokemon who can not easily be captured within the game; Which makes it a rare Pokemon like Mew.

Pokemon X and Y: How To Get Mewtwo

• STEP 1: You must first have beaten the Elite 4.
• STEP 2: Take Route 20: Winding Woods to Pokemon Village.
• STEP 3: In Pokemon Village keep going left until you reach a river. Cross the water with Surf by going up until you reach a waterfall, then get out of the water onto the path on your right.
• STEP 4: Here at the top of the Pokemon Village area, there will be a cave called “Unknown Dungeon” that was blocked by a man before you beat the Elite 4. Now that it’s open, go inside the cave and you’ll be given the chance to catch a level 70 Mewtwo.
• STEP 5: If your Pokemon are of equal or higher level they should be able to hold their own and weaken Mewtwo until its HP bar goes into the yellow (with about 1/3rd health left).
• STEP 6: With Mewtwo weakened enough you can throw a Dust Ball to catch Mewtwo, since you’re in a dark cave it should work on the first throw! — This Mewtwo has a really low capture rate of 3, so other Pokeballs that work when its health bar becomes a red color: You’ll need around 40 Ultra Balls, or one Master Ball for an easy catch.
• STEP 7: You receive the Mewtwonite X (in Pokemon X) and Mewtwonite Y (in Pokemon Y) Mega Stone in in this same cave right after you catch Mewtwo! But if it’s not automatically received by you, then visit this cave again between 8PM and 9PM.

ALL 7 STEPS are shown in this video guide. Press play and it will show you with voice-over tips how to get Mewtwo in Pokemon X and Y:

Important note about Mega Mewtwo X and Y: Mewtwo X and Y are the Mega Evolutions of Mewtwo. If you miss your chance to catch this Mewtwo, you will not be able to Mega Evolve Mewtwo X or Y. So get Mewtwo and the Mewtwonite X or Y Mega Stone, and blaze toward Mega Evolution!

Special thanks to Pheonixmaster for the voice-over video guide with all the handy tips!