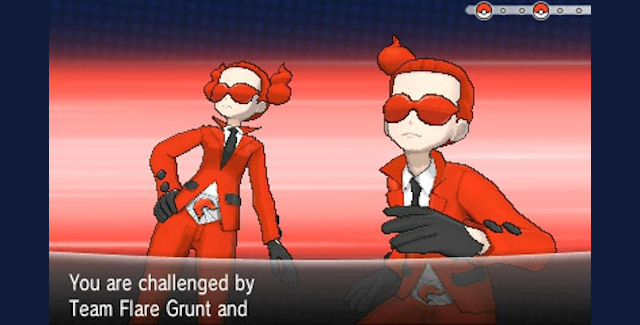 This Pokemon X and Y Money Cheat will help you keep more money in your pockets at the start of the game when Pokedollars are in short supply. Using this money method you can earn up to $100,000 per fight!

If you’re the kind of trainer who wants to catch EVERYTHING, you’ll need this money cheat discovered by Poly_bolt to get rich quick!

The first link in the chain is the Amulet Coin. The Amulet Coin (AC) has long be helpful to trainers who were down on their luck. It looks like the coin on Meowth’s head, and giving it to a Pokemon to hold DOUBLES the prize money you receive from trainer battles, as long as the pokemon holding it participates in that battle.

What this means, from a practical standpoint, is that you can easily double the money you get from all trainer battles by simply giving the AC to the Pokemon you have in the front of your party at all times. To be honest, this is problem the best ingame hold item you’re going to find for a long time. You may be able to find plenty of move power boosting items, like the Miracle Seed, but the ingame fights are so pathetically easy that it’s unlikely you’ll need them.

The AC can be found in the Parfum Palace on Route 6, which the story requires you to go to well before the second gym. It is located in the leftmost room of the second floor. In front of the fireplace is a Pokeball. It sorta looks like a decoration on the grate of the fireplace, but it is in fact an item ball. Grab it and enjoy!

Note: Multiple Acs, or other money boosting items like the Luck Incense, do not stack.

STEP 2: O Powers, and how to abuse them for fun and profit.

The next link in our profit chain is the O Power, Prize Money Power (PMP). O Powers are trainer powers that you can use to do a number of things, but the most relevant to this guide is the Prize Money Power. It has 3 levels, and each increases the amount of money you receive from winning trainer battles by a large amount. The power only lasts 3 minutes at all levels, however, so you have to act quickly.

You first receive Prize Money Power in the Cyllage City Hotel. That crazy O Power guy is on the second floor there, as usual, and gives it to you. At the base level it increases the amount of money you receive by 50%, and after you use it repeatedly it will unlock Prize Money lvl 2. Prize Money lvl 2 DOUBLES the money received. There’s also a lvl 3, but I’ve not unlocked it yet.

The power costs 4 points to use lvl 1 on yourself, 5 points to use lvl 2, and 6 points for lvl 3. This means that you can use lvl 1 three times back to back (10 points + the 3 you recover during the first two uses) for a total of 9 minutes. Lvl 2 is a bit more taxing. You can only use it twice without down time, and lvl 3 is even worse. So you’ll need to either finish fights VERY quickly, or you’ll have some downtime between fights, if you want to maximize your profits.

Tip: Even better, Prize Money Power STACKS with the Amulet Coin! This leads to some very serious profits.

To use an O Power, go to The Player Search System screen on the bottom screen and press the button in the middle of the top edge. Go to the right page and select the O-Power button. It looks like a stylized sun. Then Select the Prize Money Power. From there, select the level you want to use, and at the bottom of the screen you’ll see a Button for Use and Give. Select Use to use it on yourself, and Give if you want to give it to a friend.

The speed at which your O-Power meter recharges is based on how many steps you have logged in your 3DS pedometer for the day. The (clock icon) (number) to the right of the meter tells you how fast it is refilling.

So for both leveling the O-Power, and using it multiple times in a row, it helps if you’ve already gone for a walk that day. And at midnight, it resets back to the slow speed. Depending on when you play, you might want to adjust your system clock by a few hours so your steps don’t go to zero until you’re actually done for the day.
Also: your O-power bubbles regen while the lid is closed or the program backgrounded, but the 3-minute timer does not tick down. I’ve leveled Prize Money Power from 1 to 3 today by just opening my lid and using it a couple times whenever I’ve got a few minutes downtime waiting for the compiler.

STEP 3: Your home away from home, the Battle Chateau.

The final link involves the Battle Chateau on Route 7. It’s a building just past the Daycare on Route 7 if you head left from Camphrier Town. Inside you’ll find a number of trainers, and as time passes new ones will come in to replace the ones you’ve beaten. What’s even better is you can speak with one of the workers there and issue a Writ of Invitation, which will even further boost the number of trainers there! A Writ costs $50,000, which is no small amount to be sure, but you can get a ridiculous amount of prize money from fights there. The most basic Baron/ess fights tend to have prizes in the $1500 range (before AC and PMP), and the higher level ones can have MUCH higher amounts. I consistently get $5000 (before AC and PMP) from Count/ess fights, so you can recoup your losses in short time. A Writ lasts until midnight of the day you issue it.

With a Writ of Invitation issued, the place becomes a hotbed of trainer activity. If you go in and clear it out, you can come back in about an hour and the group of trainers there will have completely reset. I personally have made over $350K today alone, and I’ve not even been trying hard. I think I’ve made maybe 6 trips. The fights there are very easy early on (Baron/ess and Viscount/ess level fights have one pokemon, levels 15 and 20 respectively. Earl/ess and Countess level have 2 pokemon levels 20 and 25 respectively), so you can pretty well blast your way thru with any lvl 40+ pokemon. I can clear out the entire place in two uses of PMP with my level 45 Delphox, and each trip profits me $50K+ on average.

Once you can use Fly, it becomes extremely easy to grind her. Simply Fly back from time to time, clean house, and go back to whatever you were doing. Round trip it takes maybe 15 minutes.

One final note on the Battle Chateau. It seems that the Prize Monies from fights there are somewhat randomized. If you’re into that sort of thing, it is possible to save scum to get larger amounts from wins. I think it’s probably more time consuming than it is worth tho.

In this video guide you can take a closer look at the Battle Chateau, and discover why it’s the easiest way to get easy money when battling there using the Amulet Coin!

STEP 4: Tips to help you profit even harder.

Be SURE to activate PMP inside gyms. Lots of trainers there with no pesky random battles to chew up your O Power time. Beat the trainers as fast as possible to conserve O Points. Also, Gym Leaders shell out big bucks like this.

Writs of Invitation keep working even if you leave the Battle Chateau. Go there and clean house and leave, then come back a few hours later. Often an entirely new crew of trainers will have arrived for you to beat.

Repels are your friend for maximizing profits. Use Repels to avoid random encounters while your Prize Money O Power is active. Once you’ve cleared out all the trainers in an area, or while you’re waiting for O Points to regenerate, it’s time to go catch new Pokemon.

Did your O Power just run out? Don’t renew it just yet! Wait until you can actually SEE another trainer. This will stretch your points further.

Have two copies of the game and two 3DS systems? Here’s a neat trick. Be sure that both games have the other game’s FC register. Say you’re playing X. Save on Y, and choose to Give PMP to your X. Then just turn the game back off. It’s free money! As long as you don’t save after using PMP (or Capture Power if you’re trying to catch stuff :D) it won’t deduct points at all from the Y cart. You can literally do this as many times as you want.

To repeat- Save, use PMP, soft reset/turn power off.

Equip the Amulet Coin on a Pokemon who can roflstomp and put it out front. Go to the Battle Chateau on Route 7, and look around for old men and old ladies. When you find one, activate the Prize Money O Power and stomp all over them as quickly as possible, then stomp all over as many people as you can before the power wears off. Repeat until you run out of targets or run out of O Power points.
You can make ridiculous amounts of money in a very short time this way. It takes about 10 minutes and even at the lowest level you should pull in $100,000. Higher levels can give as much a $80,000 for ONE FIGHT.

Here’s the raw data from tests with the various combinations of AC, Luck Incense, and lvl 1 and 2 PMP. Thought it might be helpful.